For though we live in the world we are not carrying on a worldly war, for the weapons of our warfare are not worldly but have divine power to destroy strongholds. We destroy arguments and every proud obstacle to the knowledge of God, and take every thought captive to obey Christ, being ready to punish every disobedience, when your obedience is complete.   (2 Corinthians 10:3-6)

The Gospels as well as the entire Bible gives recognition at times to a spiritual warfare of cosmic dimensions which is ongoing within the created universe.  Jesus Christ, the Son of God, became incarnate and entered into the world exactly to engage in this warfare on our behalf.  Oftentimes in our daily lives we are not aware of the ongoing spiritual warfare, though some people, monks for example are consciously engaged in the warfare on a daily basis.

That Christ came into the world to enter into the fray on our behalf is obvious in today’s Gospel lesson:

And when he came to the other side, to the country of the Gadarenes, two demoniacs met him, coming out of the tombs, so fierce that no one could pass that way. And behold, they cried out, “What have you to do with us, O Son of God? Have you come here to torment us before the time?”

Now a herd of many swine was feeding at some distance from them. And the demons begged him, “If you cast us out, send us away into the herd of swine.” And he said to them, “Go.” So they came out and went into the swine; and behold, the whole herd rushed down the steep bank into the sea, and perished in the waters. The herdsmen fled, and going into the city they told everything, and what had happened to the demoniacs. And behold, all the city came out to meet Jesus; and when they saw him, they begged him to leave their neighborhood.  And getting into a boat he crossed over and came to his own city.  (Matthew 8:28-9:1)

The Gospel lesson shows Christ active in the world, not enthroned in the comfort and safety of heaven, and not just piously praying in the temple.  It is a lesson about Christ engaging evil face to face in a desolate place where most humans have decided not to go.  Christ is God’s presence and power in the world casting out the forces of Satan from the lives of two rather unsavory men.

Whether we think in these terms or not, we ourselves come to church in order to personally experience that presence of the Kingdom in our lives, to commit ourselves to the Kingdom of God and to show our own rejection of all that is evil.  Our presence at the Liturgy is not withdrawal from the world, nor fleeing the real presence of evil in the world, but rather adding ourselves to the spiritual war against Satan.  Throughout the Liturgy we are praying for and about the world and all that is in the world.    We unite ourselves to Christ in order to defeat Satan in our own lives so that we can be what Christ expects of us:

“You are the salt of the earth; but if salt has lost its taste, how shall its saltness be restored? It is no longer good for anything except to be thrown out and trodden under foot by men. You are the light of the world.” (Matthew 5:13-14)

In the Gospel, it is obvious that Christ does not just talk to those who are holy, sinless, without problems.  He engages everyone in the world, even those possessed by Satan.

Compared to life in Biblical times, we have many modern advantages that help relieve suffering, pain and sickness.  The medical progress and social welfare  we experience are a direct result of Christian efforts to help the needy and to relieve suffering.  The impetus was the mercy and care that Christianity advocated for the poor and needy.  It was the Christians who established hospices and hospitals and famine relief and care for orphans and widows throughout the Roman Empire.  That was the seed for the development of medical science and social concern for those in need.   This was a real response to the evil they could see everywhere and which most people simply tried to avoid. 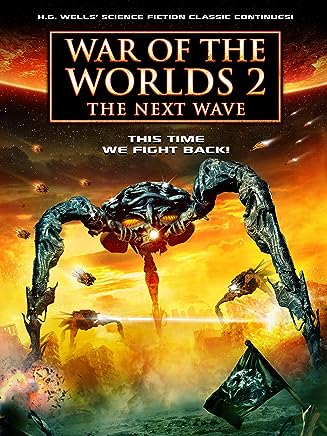 It is interesting that science fiction often portrays the earth being invaded by an alien army which attempts to destroy life on earth or tries to turn everyone into inhuman possessions of the aliens.  Science fiction really is just borrowing the narrative of the Gospel.  Science fiction turns Satan into an alien invader, but the story is the same.  The world is at risk and we need to repel the invasion.  The Scriptures tell us the alien invader is Satan  and Christ came into the world to drive back this alien invasion and to overcome the spreading corruption of the Evil One.  That is what Christ does in the Gospels, and whether we see it or not, it is what we are doing in the Church through the exorcism at Baptism and in our becoming the Body of Christ.

Throughout the Gospel Christ is present in the world seeking lost sheep, injured lambs, the sick and the possessed.  Christ freely went even to places and people who had forsaken God.    We attend the Liturgy to make Christ present in our lives, because we agree and believe that there is real evil in the world and we want it defeated.  We unite ourselves to Christ to expel evil from our lives.  We receive the Body and Blood of Christ to strengthen ourselves in the spiritual warfare so that we can go back into the world to defeat evil and witness to the Lordship of Jesus Christ.  We accept the risk of what spiritual warfare means – including martyrdom.   Our task is not simply to come to the church to receive Christ and be united to Him.  Our task is to go back into the world to get Christ out of the Church and into the entire world, to claim our lives for God and be God’s servants daily so that evil is crushed because we are oriented to God.  We don’t need to orient ourselves toward evil to defeat it, we defeat evil by completing orienting our lives, our hearts and minds to God.  If we keep our eyes and hearts on Christ, Satan and evil are automatically defeated.

The Liturgy in the Church orients our lives toward the Kingdom of God, it helps us always keep our face toward God.  In the Liturgy we are always facing in one direction toward God, with our backs toward Satan because we have left evil behind us.  That is the symbolism of the Liturgy and why we stand and orient ourselves this way in the Liturgy rather than sitting around in circle with the altar at our center.

Our spiritual struggle is not just against our personal sins and passions, it is part of the cosmic warfare against Satan and all evil powers.    This is why it is so difficult to overcome our personal sins and failings.  Our struggle within ourselves immediately puts us into the conflict with Satan and his forces.  When you desire to stop any sin or passion within yourself, lust, greed, anger, lying, etc, you are at once engaged in the spiritual warfare which is raging through the entire world. One difficulty in overcoming our sins, temptations and passions is we are not prepared to engage in the full spiritual warfare against Satan, and we fail to think of ourselves as part of the world or part of a greater whole.  We tend to see our self as isolated and in a lonely struggle and that we just have personal problems, but the reality is we really are part of a bigger war.  Christ came into the world to take on Himself the sin of the world, to directly confront and defeat Satan.  But we have to keep ourselves united to Christ to benefit from His power.  We keep ourselves united to Christ in the Communion of the Saints, in the Church, through confession, communion , prayer, the Liturgy, bible study, in practicing charity and forgiveness.  We learn to love in and through community and that keeps us in the Body of Christ.

How do we keep Satan from influencing our lives?    A willingness to listen to God’s Word, listening to God’s word, heartfelt prayer, a devout fear of God, true Christian love for God and for one another, a desire to serve God, humility, self-denial, seeking truth, doing God’s will as revealed in the Gospel commandments.