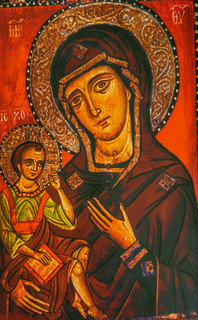 “The Son of God comes to earth, God appears in order to redeem the world, He becomes human to incorporate man into His Divine vocation, but humanity takes part in this. If it is understood that Christ’s ‘co-nature’ with us is Christianity’s greatest joy and depth, that He is a genuine human being and not some phantom or bodiless apparition, that he is one of us and forever united to us through his humanity, then devotion to Mary also becomes understandable, for she is the one who gave Him His human nature, His flesh and blood. She is the one through whom Christ can always call Himself ‘The Son of Man.’ 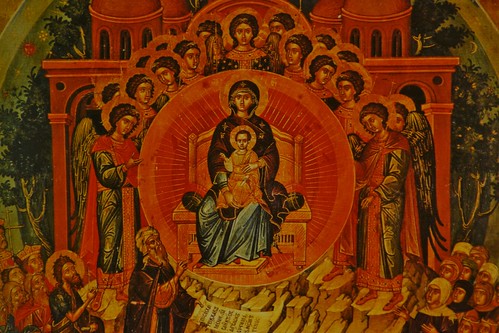 …She is the New Eve because of God’s request that she answered, ‘I am the servant of the Lord, be it done to me according to his word.’ At that moment all human ‘structures’ which originated in man’s alienation from God -freedom and authority, rights and obligations, etc. – all this was transcended. The new life entered the world as life of communion and love, not of ‘authority’ and ‘submission.’ Thus, being the ‘icon’ of the Church, Mary is the image and the personification of the world. When God looks at his creation, the ‘face’ of the world is feminine, not masculine.”