The Gospel lesson of the unforgiving servant (Matthew 18:21-35) is fascinatingly inserted between two teachings of Jesus on forgiveness.

Then Peter came up and said to him, “Lord, how often shall my brother sin against me, and I forgive him? As many as seven times?” Jesus said to him, “I do not say to you seven times, but seventy times seven.    Therefore the kingdom of heaven is like … (18:21-23)

So My heavenly Father also will do to you if each of you, from his heart, does not forgive his brother his trespasses.” (18:35)

It all starts with the Apostle Peter asking a wisdom question:  At what point if someone sins against me repeatedly do I stop forgiving that person?   The question is more complicated, because Peter is not asking about just any person – a stranger or a foreigner or a rival or an enemy.  Peter asks particular about when do I stop forgiving my brother/sister?   It is an interesting question because it recognizes that even if we try to live together as brothers and sisters in Christ, we can and do annoy each other, disappoint each other, fail each other, sin against one another.

What if someone simply repeatedly fails you (sin implies “missing the mark”, but such failure can occur from a poor aim or lacking the needed skills, not just by intentionally missing the mark).  Peter wants to know what does wisdom teach us about holding someone accountable and not just enabling them to continue in failed behavior?   Jesus as He often does seems though to direct Himself to something slightly different (think about the Good Samaritan parable which is how Jesus answers the question, “Who is my neighbor?“).  Jesus turns Peter’s question into an exposition on what brotherhood/sisterhood/community means, philadelphia.  Can brotherly/sisterly love ever end?   Forgiving seven times might seem quite generous, but is not enough – if you want to quantify then think more in terms of 490 times.  However, at the end of the parable Jesus simply says when it comes to a brother/sister, you simply are to forgive from your heart.  There is no quantification, every time a brother/sister sins, you maintain brotherly/sisterly affection, concord, unity, the bond of peace or community. 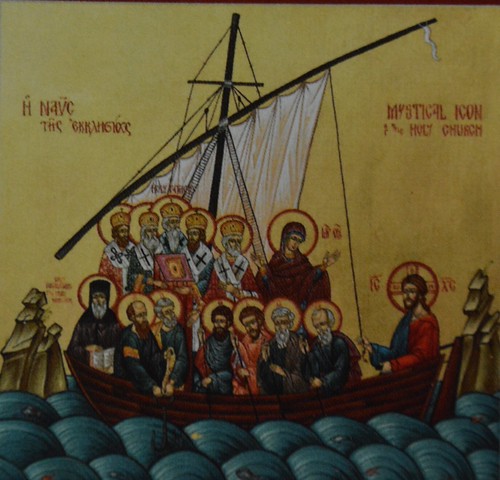 In the desert fathers we find the same teaching is a story that appears in several versions.  The gist of the story is that a group of monks sets off on a journey through the desert to another monastery.  Traveling through the desert is always dangerous as the environment is inhospitable and life threatening.  As the story goes, the young monk appointed to guide the fraternity of monks gets lost, but the others continue unquestioningly to follow his meanderings, realizing their lives are at risk.  Maybe the young monk is the proverbial male and he refuses to ask for directions, but eventually he is forced to acknowledge he is lost.  “We know,” reply his brothers.  The young monk is amazed that no one complained or criticized him and realizes they all thought maintaining the fraternal unity was more important than pointing out his faults and failures or proving themselves right. 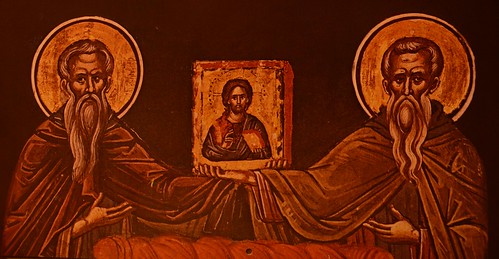 The counter intuitive nature of the story occurs because it holds love to be the highest good – even more important than being right.  Americans might dismiss the story as impractical and foolish, but the real point of the story is not to reward wrong behavior and sin (missing the mark) nor to tolerate bad leadership, but to force us as Christians to consider how important brotherly/sisterly love and the bond of peace in the community is to our Lord.

It is what the Kingdom of heaven is like.