‘Before all things the teacher of peace and the master of unity would not have prayer to be made singly and individually, as for one who prays to pray for himself alone. For we say not “My Father, which art in heaven,” nor “Give me this day my daily bread,” nor does each one ask that only his own debt should be forgiven him; nor does he request for himself alone that he may not be led into temptation, and delivered from evil. Our prayer is public and common; and when we pray, we pray not for one, but for the whole people, because we the whole people are one.’ 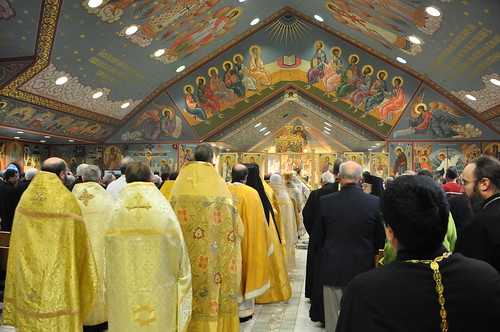 ...Prayer is not efficacious unless the members of the community are reconciled to each other. One thinks in this connection of Matt. 5:21-26, where the religious act of sacrifice is to be put off until one is reconciled to a brother or sister. The “kiss of peace” in the traditional liturgies, a sign of reconciliation preceding communion, has been a traditional expression of this idea that religious acts without concord with others are done in vain (cf. Cyril of Jerusalem). One recalls Didache 14.2: ‘But let not anyone having a dispute with a fellow be allowed to join you (in the assembly) until they are reconciled, so that your sacrifice not be defiled.’” 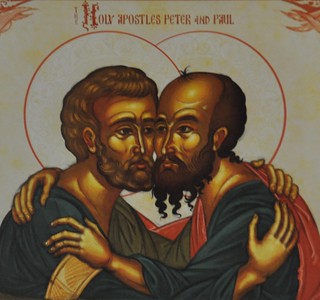