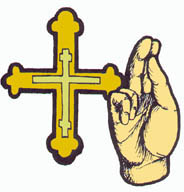 Many Orthodox are curious to know when and how our making the sign of the cross appeared and why we do it differently than Roman Catholics.  While I know that references to making the sign of the cross appear in the early centuries of Christianity, I’m not aware of the earliest sources telling us exactly how the cross was to be made.  Tertullian who dies in 225AD describes Christians tracing the sign of the cross on their foreheads but gives no further details.  St Cyril of Jerusalem in the 4th Century describes making the cross over the brow of one’s head as well as over food and drink but again without giving specific directions as to the how.  St Ephrem the Syrian in the 4th Century proscribes making the sign of the cross as our first task before any endeavor but doesn’t tell us exactly how to do it.   None of these early references to the practice describe the mechanics of what exactly the person is doing to make the sign of the cross so we can’t know exactly what they were doing.  When I first came to Dayton as the priest, the local newspaper at that time had a religion column and the editor of that column heard I was going to be doing a house blessing in January.   She came out with camera in hand and told me she was trying to imagine what it meant to do a house blessing.  She envisioned me standing outside the home in winter with hands raised praying over a house – or she hoped more dramatically climbing up on the roof to to bless the house with hands upraised.  She was disappointed to see it consisting of sprinkling holy water in a house.  Without knowing the mechanics we can only imagine what they were doing in making the sign of the cross in the early centuries of Christianity, but we know it was a commonly accepted practice. 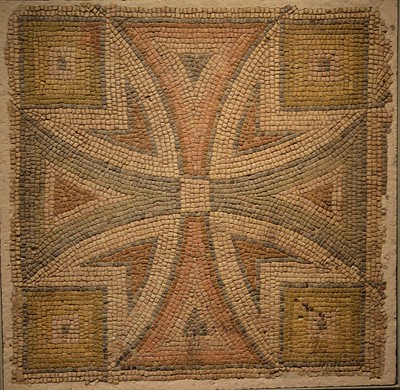 St. Peter Damaskos  actually describes making the sign of the cross as he knew the practice in the 12th Century.  He writes:

“Then we should also marvel how demons and various diseases are dispelled by the sign of the precious and life- giving Cross, which all can make without cost or effort. Who can number the panegyrics composed in its honor? The holy fathers have handed down to us the inner significance of this sign, so that we can refute heretics and unbelievers. The two fingers and single hand with which it is made represent the Lord Jesus Christ crucified, and He is thereby acknowledged to exist in two-natures and one hypostasis or person. The use of the right hand betokens His infinite power and the fact that He sits at the right hand of the Father. That the sign begins with a downward movement from above signifies His descent to us from heaven. Again, the movement of the hand from the right side to the left drives away our enemies and declares that by His invincible power the Lord overcame the devil, who is on the left side, dark and lacking strength.    ( THE PHILOKALIA, Kindle Loc. 30200-30214) 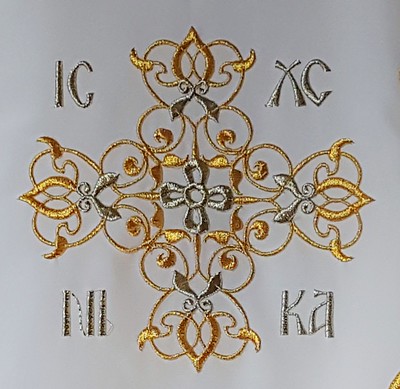 While one can certainly recognize the movement of the right hand, starting at the top and moving down and then from right to left is how we Orthodox currently sign ourselves with the cross (though he does not reference touching any body parts).  So we know that at least from the 12th Century we were doing it this way.  What might be surprising to some is that for St. Peter the sign of the cross is made with two fingers not three.  Using two fingers is the older known form of making the sign of the cross.  He has a symbolic explanation for the two fingers (two natures of Christ) versus the three finger symbolism of the Trinity.  The adherents of the three fingers might be disappointed to discover that their method is not the more ancient one nor the one used by earlier generations of Orthodox.  I do not know the history of when or why Orthodox changed from two to three fingers, but it was part of the Old Believers dispute with the Russian Orthodox Church beginning in the 17th Century when Patriarch Nikon and the Russian Church insisted on changing to the practice of using 3 fingers in making the sign of the cross.  [I did hear at one point that they mistakenly thought they were reverting to the more ancient practice by going to three fingers instead of two.]

Of course, some saints pointed out that it is not the mechanics that matter – whether one uses one, two, or three fingers, spiritual power is in the cross itself not in how we make it.  Other believers dispute this and think the mechanics are essential and not making the perfect cross is itself satanic. 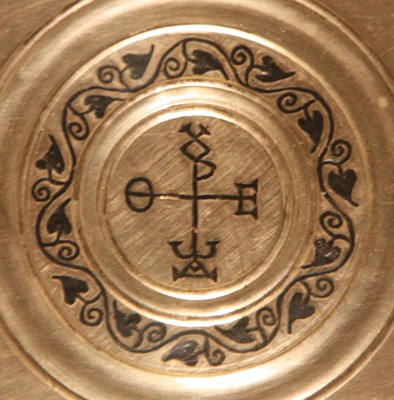 Personally, I think it is the cross which makes demons shutter – doesn’t matter how large it is or how it is made.  There is also the fact that very early on the Christians didn’t think of themselves as signing with the cross but with the last letter of the Jewish alphabet the tau or X  which in Judaism represented the Name of God.  This conveniently was similar  to the X the first Greek letter in ‘Christ’ – Χριστός (see Jean Danielou, THE THEOLOGY OF JEWISH CHRISTIANITY, pp 154, 330).  As Danielou points out probably at baptism the earliest Christians saw themselves as being anointed in the Name of the Lord, not with the Cross of Christ but with His Name – the X not the + .   So both how Christians made the sign and what exactly they saw themselves doing (+ or X) has changed through the centuries.  This makes me think the mechanics are not as significant as what we are invoking – God’s Name, Christ or the Cross – in our spiritual struggle against evil. 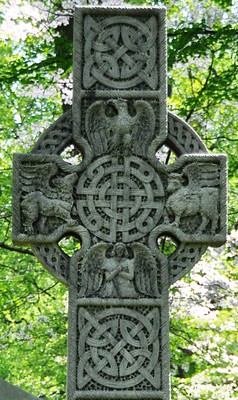 That conformity in practice helps with community identity and with the unity of community is true which may also point to the mechanics of making the sign of the cross as being practical not theological.