And Jesus told them a parable, saying, “The land of a rich man brought forth plentifully; and he thought to himself, ‘What shall I do, for I have nowhere to store my crops?’ And he said, ‘I will do this: I will pull down my barns, and build larger ones; and there I will store all my grain and my goods. And I will say to my soul, Soul, you have ample goods laid up for many years; take your ease, eat, drink, be merry.’ But God said to him, ‘Fool! This night your soul is required of you; and the things you have prepared, whose will they be?’ So is he who lays up treasure for himself, and is not rich toward God.”  (Luke 12:16-21) 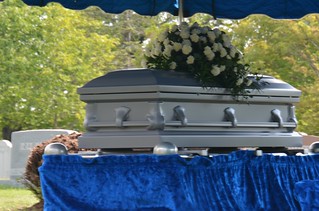 The error of the rich fool in Christ’s parable is easy to see.  He assumed life would go on as it is forever.  He forgot he lived in a world defined by change.  And that change includes the fact that we are mortal beings – each life is bound by a beginning and an end.  His great plan came to nothing as his life ended.  There is a lesson to learn: how not to have one’s life end in nothing.  Life will end, we will die, but that doesn’t have to equate with life meaning nothing in the end.  We can live in a way that others will regret when we die, but even that is minor. To live so that in the end nothing is the only thing left might be good in Buddhism, but in Christianity there is a full life in the world to come.  We don’t want to end in nothing but rather in abundant life found in God.   [see also my post Sins and Debts.]

We of course seeing the rich fool’s error might decide that we can avoid his mistake, we can plan to win the lottery and give a sizable portion to charity, not just store up the winnings for our ease.  There is folly in this as well as St John Climacus pointed out.  Archimandrite Vassilios Papavassiliou writes:

“Yet St. John of the Ladder warns us that even the idea of charity—the desire to have plenty in order to give to others—can be little more than an excuse for avarice:

Do not say you are interested in money for the sake of the poor, for two mites were sufficient to purchase the kingdom (cf. Luke 21:2). . . . 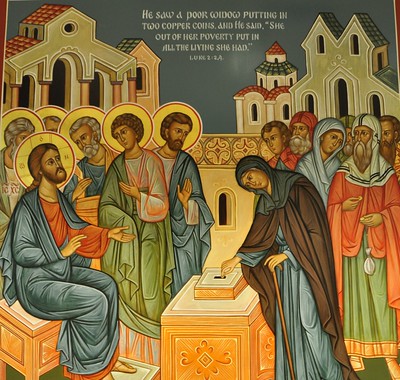 The pretext of almsgiving is the beginning of avarice, and the finish is detestation of the poor. The collector is stirred by charity, but, when the money is in, the grip tightens. The demon of avarice fights hard against those who have nothing. When it fails to overcome them, it begins to tell them about the wretched conditions of the poor, thereby inducing those in the religious life to become concerned once more with material things.    (Thirty Steps to Heaven: The Ladder of Divine Ascent for All Walks of Life, Kindle 1343-49)

One might be the rare person who would give all their lottery winnings to charity.  But then we might turn out to be like the rich young man who according to Mark 10:21-22 Jesus loved yet despite this who walked away from Jesus when the Lord told to give his wealth away in charity.  “And Jesus looking upon him loved him, and said to him, “You lack one thing; go, sell what you have, and give to the poor, and you will have treasure in heaven; and come, follow me.” At that saying his countenance fell, and he went away sorrowful; for he had great possessions.”   We might start off believing we wanted the wealth to help others, but how long before we decid to keep back just some for ourselves?  We might read again the Acts 5 account of Ananias and Sapphira.   Money as they saw is a good servant but a bad master.

Keep your life free from love of money, and be content with what you have; for he has said, “I will never fail you nor forsake you.”   (Hebrews 13:5)