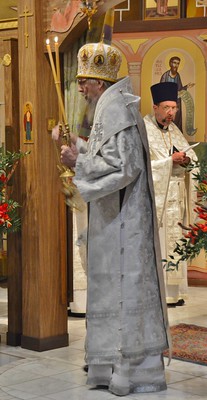 When I was a parish priest I would be asked from time to time if I thought the Orthodox Church would ever have women priests.

My initial reaction was always the same – ever is a long time, and I don’t really know what is in store in the forever.  But I didn’t think it would happen in the Orthodox Church in my life time.

But saying that there aren’t women priests in the Orthodox Church has to be qualified.  All who are baptized into Christ share in the holy and royal priesthood of all believers according to St. Peter, the head of the Apostles:

Come to him, to that living stone, rejected by men but in God’s sight chosen and precious; and like living stones be yourselves built into a spiritual house, to be a holy priesthood, to offer spiritual sacrifices acceptable to God through Jesus Christ. For it stands in scripture: “Behold, I am laying in Zion a stone, a cornerstone chosen and precious, and he who believes in him will not be put to shame.” To you therefore who believe, he is precious, but for those who do not believe, “The very stone which the builders rejected has become the head of the corner,” and “A stone that will make men stumble, a rock that will make them fall”; for they stumble because they disobey the word, as they were destined to do. But you are a chosen race, a royal priesthood, a holy nation, God’s own people, that you may declare the wonderful deeds of him who called you out of darkness into his marvelous light. Once you were no people but now you are God’s people; once you had not received mercy but now you have received mercy. (1 Peter 2:4-10) 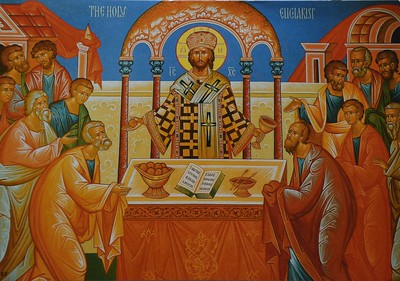 Peter speaks to the collective “you” (in the plural), the people of God, all the members of the Church, both male and female: “you are a chosen race, a royal priesthood, a holy nation, God’s own people…”   Of special note, this is not just a New Testament idea.  St Peter is quoting Exodus 19:6, from the Septuagint, the Word of God in which God is speaking to the “house of Jacob” and “the children of Israel” – not just to the men, but to all the people of God. “... you shall be for me a people special above all nations.  For all the earth is mine.  And you shall be for me a royal priesthood and a holy nation” (NETS).  St Peter, the chosen head of the Apostles not only believes all of God’s people, both men and women, are to be priests, but that this is the vocation God has chosen for us.  When we are God’s people, we all are priests.  In this sense, yes, there are women priests since there are women believers, women disciples, women saints, women martyrs.  St Peter does not limit this priesthood to males only.  He never discusses an ordained priesthood, so I don’t know what he thought about an ordained priesthood that all believers do not share.  The only priest described in the New Covenant is Jesus Christ.  He is not a priest like the Levitical priests, but a special priest in the order of Melchizedek. 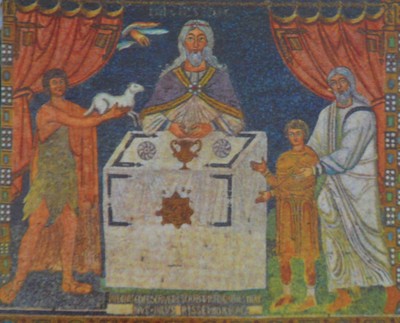 There is another fact that has to be taken into account in Scriptures.  In the book of Revelation, which is notoriously difficult to interpret, there is further claim that all believers – which would include women – are priests.  We encounter the idea first in Revelation 1:5-6.  Here St John claims that Jesus Christ has made us a kingdom and also made us all priests:

and from Jesus Christ the faithful witness, the first-born of the dead, and the ruler of kings on earth. To him who loves us and has freed us from our sins by his blood and made us a kingdom, priests to his God and Father, to him be glory and dominion for ever and ever. Amen. (emphases not in original text)

This is not something claimed for males only – it is for “us”, all believers, to be priests in God’s kingdom.  All those loved by Christ and saved by Christ are made priests.  The word “made’ as in created as God did in Genesis 1.  God creates us as priests in the new age to come.  This is part of His making all things new rather than making all new things (Revelation 21:1-5).   This connection between God’s kingdom and our being priests is repeated twice more in Revelation.  In Revelation 5:8-10 (emphases not in original text), we read:

And when he had taken the scroll, the four living creatures and the twenty-four elders fell down before the Lamb, each holding a harp, and with golden bowls full of incense, which are the prayers of the saints; and they sang a new song, saying, “Worthy art thou to take the scroll and to open its seals, for thou wast slain and by thy blood didst ransom men for God from every tribe and tongue and people and nation, and hast made them a kingdom and priests to our God, and they shall reign on earth.“ 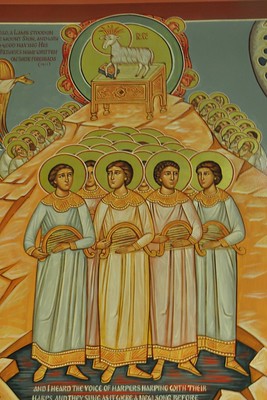 Again, it is Christ, the Lamb, who makes us a kingdom and priests to God.  All believers participate in this priesthood.  More intriguing is that St John says that believers of this kingdom, the priests, shall reign on earth.  This would be all believers, male and female as priests sharing in Christ’s reign on earth because Christ recreates us as priests – not just some of us, not just males, but both men and women.  [As an aside, I wonder if part of the reason iconographers often only portray males in icons of the Kingdom is that they knew we are all priests in the Kingom, but didn’t know how to portray that as they felt reluctant to have women priests in icons and so show only males in the Kingdom?  If they do include women they don’t portray them as priests, but why?, since that is what Revelation makes of all believers in the Kingdom.]

In Revelation 20:6 we read yet another claim, which again surely implies all believers, not just males.

Blessed and holy is he who shares in the first resurrection! Over such the second death has no power, but they shall be priests of God and of Christ, and they shall reign with him a thousand years. 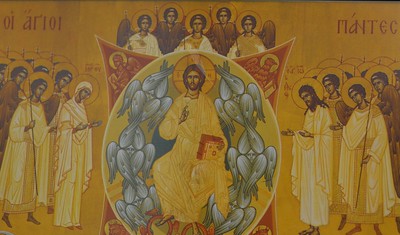 So, will women ever be priests in Orthodoxy?  The answer has to be “yes, women  will be priests” – in the Kingdom, in heaven, though St. John suggests also on earth.  So might it ever be on earth as it is in heaven?  God knows.

Fr Schmemann thought the very God-given vocation of every human being is to be a priest.  Logically, that means all males and females. Thus from the beginning God created humans as a race of priests and so intended even women to be priests.  We all fulfill our vocation when we become that holy and royal priesthood which St Peter proclaims.

Sometimes when I would hear the question, “will the Orthodox Church ever ordain women?”, the lesson from scripture that came to my mind was Numbers 11:26-9 in which God comes and takes some of the Spirit which Moses has and gives it to 70 other men.  It is an interesting ordination imagery – for God doesn’t simply give them God’s Spirit, God takes some of the Spirit which Moses has and gives it to the 70 men.  It is a synergistic moment.  Ordination does not belong to God alone.  Rather God is using something in a human (something Moses has) to  increase ministry among His people.  However, then, something unusual happens – two other men not among the 70 also unexpectedly receive the Spirit.  Joshua, one of the recognized leaders of the people is alarmed by this sudden turn of events and worrying that two ‘outliers’ also have the Spirit even though not chosen by Moses, tells Moses about this.  Joshua apparently thinks Moses should be concerned or that this spreading of the spirit beyond what Moses had ordained is somehow a threat to Moses’ authority.  The text says:

Now two men remained in the camp, one named Eldad, and the other named Medad, and the spirit rested upon them; they were among those registered, but they had not gone out to the tent, and so they prophesied in the camp. And a young man ran and told Moses, “Eldad and Medad are prophesying in the camp.” And Joshua the son of Nun, the minister of Moses, one of his chosen men, said, “My lord Moses, forbid them.” But Moses said to him, “Are you jealous for my sake? Would that all the LORD’s people were prophets, that the LORD would put his spirit upon them!” 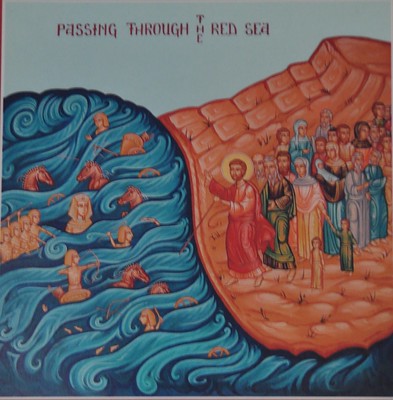 Moses’ response to learning that some ‘others’ who are unchosen have been gifted with his spirit is “Would that all the LORD’s people were prophets, that the LORD would put his spirit upon them!”  Moses feels no need to protect his office or to forbid others from sharing in his ministry or divine calling.  Rather, he wishes all God’s people were prophets and had this spirit.  This is the same Moses to whom God said the people of God are a royal priesthood.  God’s will is that all of us should be priests. This seems to be the vision of Revelation regarding the priesthood.  In the Kingdom of God, finally God’s will is accomplished: all the Lord’s people are to be priests, prophets and kings – to be all that God willed for us from the beginning when God made male and female.  We don’t have to fear the sharing of this calling, ministry, office, divine gift – even among women.

7 thoughts on “A Kingdom of Men and Women Priests”