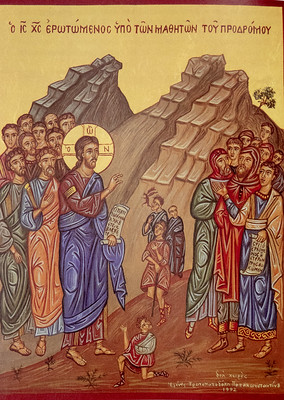 When I think about images of the Church, I often think about the scenes in the Gospel where there is a crowd around Jesus.  These are the people following Him.  But that crowd is a very mixed group for in it are not only disciples but women, political zealots, nationalists, the sick, sinners, the insane, the possessed, the curious, the deformed, the blind, the hopeless and the hopeful, doubters, rebels, the irreligious, the establishment as well as the enemies of Christ.  Just think about two passages in the early part of Mark’s Gospel – Mark 1:23-34 and Mark 2:1-17.

It is the Sabbath Day in the first passage.  Jesus and his disciples have entered a synagogue.  And there in the synagogue is a demon possessed man.  Apparently, synagogues allowed even demoniacs to enter the community, to hear the scripture lessons, to pray and to seek rest from their affliction {that is something parish communities should think about, especially when we feel justified in judging the synagogues in Jesus day!}.  Jesus came to seek and save the lost, the possessed, the sinner.  He wants to be in their presence and wants them to come into His presence.  The man screams: Have you come to destroy us?   But Jesus is there on a peace mission.  He is not there to destroy sinners or the demon possessed.  Rather, He is there to save them.  Jesus commands the demon to be silent.  ‘You don’t know what you are talking about.  I am God but I am not here to destroy life or cast anyone into hell.’ The thief may come to kill and destroy, but Jesus claims, “I came that they may have life, and have it abundantly” (John 10:10).   Jesus does not seek a crowd of perfectly well behaved and obedient followers.  He would not be able to accomplish His mission or God’s will if that is all who came to Him.  Really, the righteous, well behaved and those who are healthy don’t even really need Him at all. 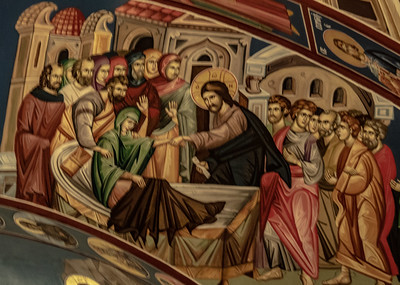 Jesus then heals Peter’s mother-in-law at the home of Peter and Andrew.  “That evening,” according to Mark’s Gospel, “at sundown, they brought to him all who were sick or possessed with demons. And the whole city was gathered together about the door.”   Again, we see a crowd coming to Jesus, not fleeing from him, of people who are variously sick, wretched, needy, insane, maimed, demon possessed.  Jesus ministers to them.  This is His crowd, the Church.  It is not just respectable people or believers, the moral and the pious, priests and monks.

Jesus then travels to Capernaum, to His home.  Again, a crowd assembles where he is.   Four men are desperate to get help for their friend.  Jesus forgives the paralytic’s sins.   But then, look, who is sitting with Jesus?  The scribes! “Now some of the scribes were sitting there…”    Jesus’ rivals and enemies are sitting next to Jesus and criticize Him in His own home for healing someone.  It is the scribes who seem to have the seats of honor in Jesus own home.  They don’t even have to crowd into the room – they get to sit next to Jesus.   Imagine a parish letting the enemies of Christ and the critics of Christianity sit in the front pews, closest to the altar.  That’s what Jesus did! 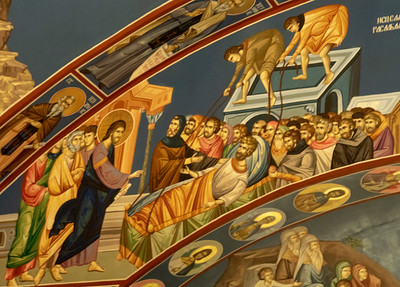 Jesus then goes to the house of Levi, a hated tax collector.  Mark says: “And as he sat at table in his house, many tax collectors and sinners were sitting with Jesus and his disciples; for there were many who followed him.”   Table fellowship with sinners!  Jesus doesn’t condemn them and kick them out, rather He sits down with them at table and eats with them.  This of course gets disapproving comments from the scribes, those opponents of Jesus.  If Jesus invited sinners to His table today or sat with sinners at their table, who would be raising their voice in disapproval today?   Probably the same kinds of people as the scribes.  Why in the world would Jesus eat with sinners when there are decent people, upright, godly who would rather sit with Him?  Yet that is what Jesus did.

And the scribes of the Pharisees, when they saw that he was eating with sinners and tax collectors, said to his disciples, “‘Why does he eat with tax collectors and sinners?’ And when Jesus heard it, he said to them, ‘Those who are well have no need of a physician, but those who are sick; I came not to call the righteous, but sinners.’” 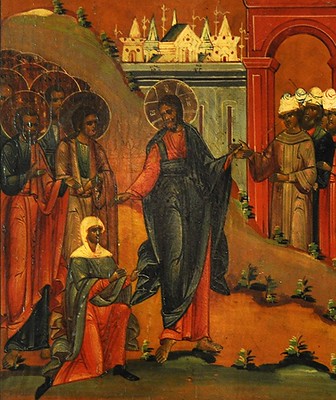 If the Church saw itself as the crowd which followed Christ, it would be a crowded Church.  It’s not the righteous who need Christ, nor did He come to seek and save them.  If churches are losing membership, perhaps they are hanging out with the wrong crowd. 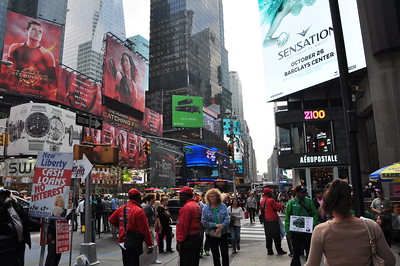 One thought on “The Crowded Church”