When he had washed their feet, and taken his garments, and resumed his place, he said to them, “Do you know what I have done to you? You call me Teacher and Lord; and you are right, for so I am. If I then, your Lord and Teacher, have washed your feet, you also ought to wash one another’s feet. For I have given you an example, that you also should do as I have done to you. Truly, truly, I say to you, a servant is not greater than his master; nor is he who is sent greater than he who sent him. If you know these things, blessed are you if you do them.  (John 13:12-17) 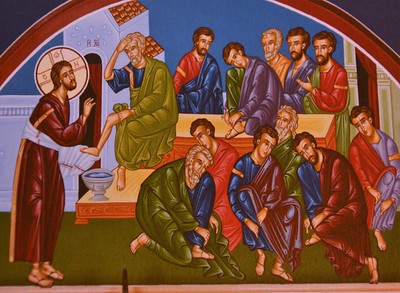 Leading by example is the Christian way of leadership.  It is the way of giving a sermon without using words.  However, historically as the Christian Church saw its bishops as hierarchs, primates, prelates and masters rather than as shepherds and pastors it tended to rely less on the difficult way of leading by example.  Leaders were those giving directives and enforcing rules.  Pastors became police.   The shepherd of old walked in front of the sheep and the sheep followed the shepherd – followed the shepherd’s voice to where the shepherd was going.  The pastoral image was one that was more amenable to the notion of leadership by example.  As the Church grew in numbers it was tempted to rely on authority and force to keep people in line.  Besides, leadership by example can be extremely frustrating because people don’t always know what the leader is modeling, nor what part they are to imitate or how to do what they think they are supposed to do.   Any parent of a large family of children who has tried to lead prayer before a meal only by his/her example quickly experiences the downside of not requiring all the children to pay attention. 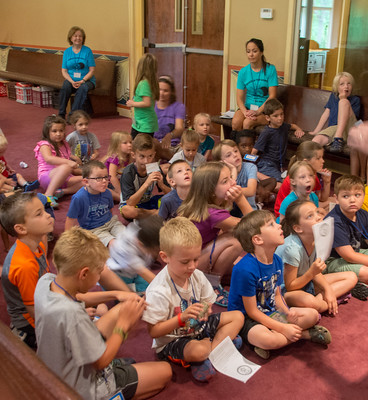 Early monasticism and the desert fathers had their own ideas about Christian leadership which is sometimes counter-intuitive.  But it recognizes that leadership by example doesn’t always succeed and then the leader has to decide what to do.  St. Mark the Ascetic offers this advice to those in positions of Christian leadership:

If someone does not obey you when you have told him once, do not argue and try to compel him; but take for yourself the profit which he has thrown away. For forbearance will benefit you more than correcting him.

For St Mark, the Christian leader does not try to compel people to obey and does not threaten or argue with others or try to guilt them into doing things.  You tell them once and then it is up to them whether they will act or not.  Exasperation is not Christian leadership.

When the evil conduct of one person begins to affect others, you should not show long-suffering; and instead of your own advantage you should seek that of the others, so that they may be saved. For virtue involving many people is more valuable than virtue involving only one. (The Philokalia, Kindle Loc. 4100-4105)

The only time St Mark thinks a Christian leader should not be overly patient is when one person’s evil conduct begins to badly influence others.  Then one has to consider how many souls may be lost if the evil person is allowed to go unchecked.  So if someone is simply disobeying me, I should ignore that, but if they are trying to lead others in evil, then I have to oppose them.  The issue then is not my authority or position, but concern/love for others.  If I’m being disrespected, that I am to ignore.  Christian leadership is walking a find line – the straight and narrow way of Christ.   We sing two hymns during the Bridegroom Matins for Holy Monday which remind us of Christ’s explicit teachings:

“Let your power over your fellow-men be altogether different from the dominion of the Gentiles: their self-willed pride is not the order that I have appointed, but a tyranny. He therefore who would be the first among you, let him be the last of all. Acknowledge Me as Lord, and praise and exalt Me above all forever.”

O Lord, teaching Your disciples to think perfect thoughts, You said to them: “Be not like the Gentiles, who exercise dominion over those who are less strong.  But it shall not be so among you, My disciples, for I of mine own will am poor.  Let him, then, who is first among you be the minister of all.  Let the ruler be as the ruled, and let the first be as the last.  For I Myself have come to minister to Adam in his poverty, and to give my life as a ransom for the many who cry aloud to Me: Glory to You.”