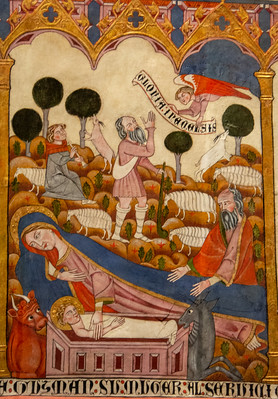 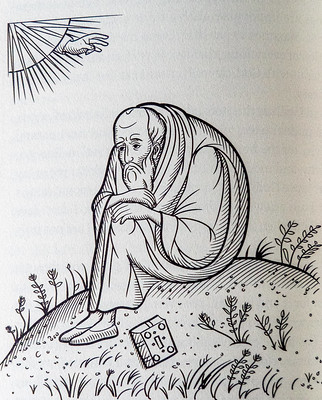 Over-simplistic antithesis between heart and mind, affective and noetic spirituality, may be something which is erroneously read back into the early Syrian context through the lens of the later Hesychast movement, which also insisted on the prayer of the heart as a key mode of spiritual practise.  As we have seen, the early Syrian context is affirming of the integrity of all parts of the human person, as a mirror of the perfect unity of two natures in Christ. Human salvation is shown by Syrian writers to depend on Christ’s salvific death on the one hand and on human integrity on the other. Adam can only re-enter Paradise when he is complete and whole.  Redemption cannot exclude the bodily; it has to embrace it to bring the whole person before God.”  (Clothed in the Body: Asceticism, the Body and the Spiritual in the Late Antique Era, Kindle Loc Location 3081-3094) 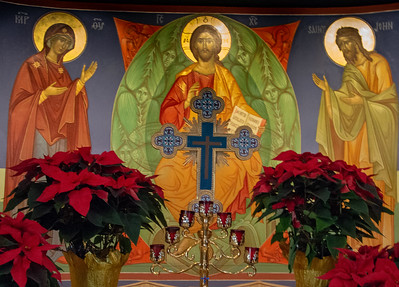 Christmas is the Orthodox Feast of God in the flesh – God became human to unite humanity to God.  The body, flesh, is not evil but all is being saved by God in and through the incarnation, death, resurrection and ascension of Jesus Christ.  Hunt points out that Hellenistic Orthodoxy in its hesychast expression sometimes denies the body or acts as if the body has to be overcome through prayer.  Prayer and fasting are emphasized suggesting one is to minimize the body in order to be spiritual.   Syrian Christianity can help remind us of the true nature of the incarnation and salvation.  The human body is essential to salvation which is why Christ became incarnate.  A spirituality which denies the body also forgets St John’s admonition:  “For many deceivers have gone out into the world, men who will not acknowledge the coming of Jesus Christ in the flesh; such a one is the deceiver and the antichrist”  (2 John 7). 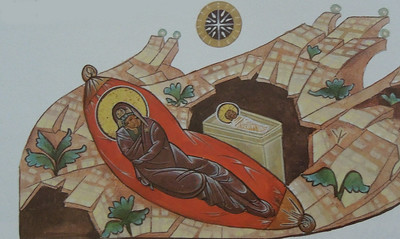 Today, there is a popular idea that hesychasm was the only form of monasticism in Orthodoxy, but this is simply false.  Many monks in Orthodoxy were not hesychasts, and not because they failed in their efforts.  One can see in Orthodox history whole monasteries and some saints challenged and even opposed hesychasm – even monks from Mt Athos.  There were centuries in which one could hardly find any hesychasts among Orthodox monks.  Syrian Christianity is a form of ancient Eastern Christian monasticism which held to theological and anthropological ideas that hesychasm does not accept.  But it is true that hesychast writers often adopted Syrian Christian writers, reinterpreting their ideas from a hesychast point of view.