From the earliest days Christianity had very distinct beliefs which it was able to articulate.  Christianity accepted that God chose to reveal the divine nature in Jesus Christ.  Prior to Christ, the true nature of God was a mystery.  But in Christ God reveals not only human nature but also the nature of God as Trinity.  Tertullian in the last 2nd Century composed a list of Christian beliefs to help clarify who the Christians are.

“We … believe that there is one only God, but … this one and only God has also a Son, his Word, who proceeded from himself, by whom all things were made, and without whom nothing was made. We believe that he was sent by the Father into the Virgin, and was born of her – being both man and God, the Son of Man and the Son of God – and was called by the name of Jesus Christ. We believe that he suffered, died, and was buried, according to the Scriptures, and, after he had been raised again by the Father and taken back to heaven, he is sitting at the right hand of the Father, and will come to judge the living and the dead. He also sent from heaven from the Father, according to his promise, the Holy Spirit, the Paraclete, the sanctifier of the faith of those who believe in the Father, and in the Son, and in the Holy Spirit. (Against Praxeas 2) ”  (Geza Vermes,  Christian Beginnings, Kindle Loc. 3662-68) 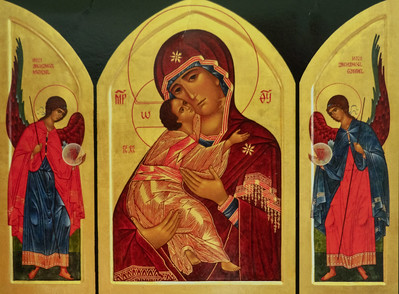 It is easy to see in his writings the basic tenets that would be adopted by the Church in the 4th Century as the statement of faith for all Christians.  The Church worked to show that it’s faith was already well known from its earliest days.  A belief in the birth of Christ – Christmas – is traceable back to the First Century, to the Gospel writers.