A brother asked an old man: “There were two brethren, and one of them led a life of silent contemplation in his cell, and used to fast six days at a time, and to devote himself to great labor, and his companion used to minister to the sick; which of them will receive the greater reward for his service?” 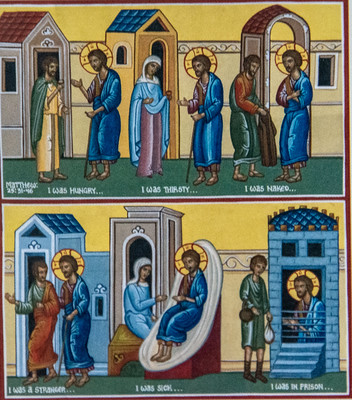 The old man said, ” If he who fasted were to raise himself up upon the works which are profitable, he would not find himself equal before God with him that visited the sick.”