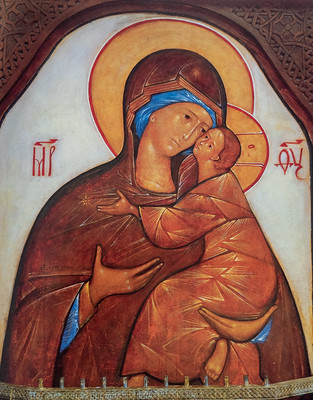 He has delivered us from the dominion of darkness and transferred us to the kingdom of his beloved Son, in whom we have redemption, the forgiveness of sins. He is the image of the invisible God, the first-born of all creation; for in him all things were created, in heaven and on earth, visible and invisible, whether thrones or dominions or principalities or authorities—all things were created through him and for him. He is before all things, and in him all things hold together. He is the head of the body, the church; he is the beginning, the first-born from the dead, that in everything he might be pre-eminent. For in him all the fulness of God was pleased to dwell, and through him to reconcile to himself all things, whether on earth or in heaven, making peace by the blood of his cross. And you, who once were estranged and hostile in mind, doing evil deeds, he has now reconciled in his body of flesh by his death, in order to present you holy and blameless and irreproachable before him, provided that you continue in the faith, stable and steadfast, not shifting from the hope of the gospel which you heard, which has been preached to every creature under heaven, and of which I, Paul, became a minister.  (Colossians 1:13-23) 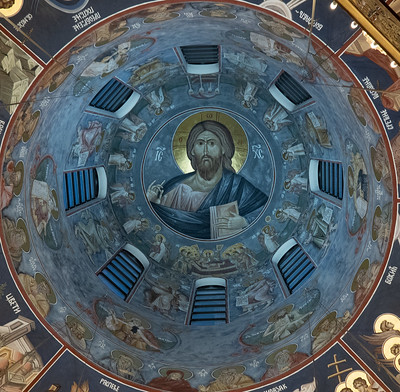 Vincent Pizzuto in his excellent book, Contemplating Christ: The Gospels and the Interior Life, comments:

Raimon Panikkar speaks eloquently of this immanence of the divine in Christ, In Jesus Christ the finite and the infinite meet, the human and the divine are joined. In him the material and the spiritual are one, and also the male and the female, high and low, heaven and earth, the historical and the transhistorical, time and eternity. From the historic-religious point of view the figure of Christ could be described as that of a person who reduces to zero the distance between heaven and earth, God and [humanity], transcendent and imminent, without sacrificing either pole.    (Kindle Loc 1050-1056)