For there is no distinction between Jew and Greek; the same Lord is Lord of all and bestows his riches upon all who call upon him.  (Romans 10:12) 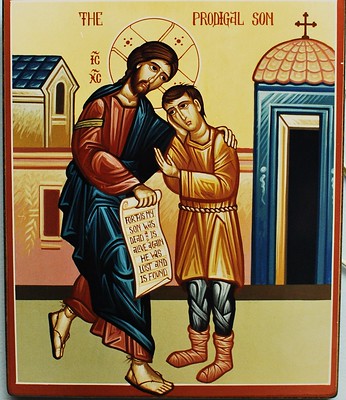 “We, however, can also understand in another way what he [St Paul] says, ‘But if anyone does not have the Spirit of Christ, he does not belong to him’ (Romans 8:9).  For this really seems to be pronounced bluntly, to say that one who is not of character and stature such as to deserve to have the Spirit of Christ would immediately be repudiated as belonging to Christ,  even though in the Psalms it says, ‘All the wild animals of the forests are mine, the beasts on the mountains and oxen‘ (Psalm 50:10). And if the wild animals and beasts are his, how is it that human beings are not his?”  (Origen, COMMENTARY ON THE EPISTLE TO THE ROMANS Books 6-10, p 54)

Origen who was the great biblical exegete of the 3rd Century, uses scripture to interpret scripture.  So even though there are passages in the bible which make strong claims, Origen, reminds people that those passages have to be interpreted in the light of other claims of scripture.  One doesn’t get to pick and choose which verses to follow – one has to take all scripture into consideration to avoid coming to errant conclusions.  Some passages will seem to specifically support ideas we like, but that doesn’t give us permission to ignore the passages that don’t fit so easily with our interpretation or favorite verse.