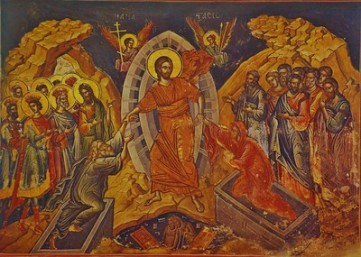 “Not only our human body but the whole of the material creation will eventually be transfigured: ‘Then I saw a new heaven and a new earth; for the first heaven and the first earth had passed away‘ (Revelation 21:1).  Redeemed humankind is not to be snatched away from the rest of creation, but creation is to be saved and glorified along with us humans (icons, as we have seen, are the firstfruits of this redemption of matter).  ‘The created universe waits with eager expectation for God’s children to be revealed . . . for the universe itself will be set free from its bondage to corruption and will enter into the liberty and splendor of the children of God.  We know that until now the whole created universe has been groaning in the pangs of childbirth‘ (Romans 8:19-22).  This idea of cosmic redemption is based, like the Orthodox doctrine of the human body and the Orthodox doctrine of icons, upon a right understanding of the Incarnation: Christ took flesh – something from the material order – and so has made possible the redemption and metamorphosis of all creation – not merely the immaterial, but the physical.”  (Metropolitan Kallistos Ware, THE ORTHODOX CHURCH, p 228) 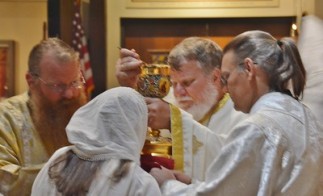 As Metropolitan Kallistos points out, the resurrection does not take us out of this world but transfigures everything in creation including our bodies.  We are not trying to escape our bodies but only those limits imposed on our bodies as a result of sin, including mortality.  The Word became flesh (John 1:14) precisely to transfigure and transform this creation, the very creation that God redeems by reuniting everything in heaven and earth as well as in the place of the dead with God again.   The Risen Christ shows the disciples he was really present with them – not just a ghost or spirit but in some bodily form he was there to be touched and handled.

Saying that doesn’t imply that eternal life simply means my life as I now know it and live it will go on forever without end.  Christos Yannaras reminds us that this is a misunderstanding of salvation.

“And what precisely is entailed by ‘salvation‘ appears to be very confused.  It is usually taken to be an extension of individual existence, of the ego, in eternity, that is, in endless linear time.  But even the intellectual conception alone of an existence that never ends generates panic in humankind; it is a nightmare – and especially when this endless existence is defined as a ‘blessed repose,’ a definitive pensioning off, a joy springing from inactivity.

How can people regard the promise of such terminal passivity as ‘good news,’ when on this earth they have tasted the joy of creation, the elation of research, the inebriation of the constant discovery of beauty, the ecstasy of love, the wonder of bringing children into he world?”  (METAPHYSICS AS A PERSONAL ADVENTURE, p 137) 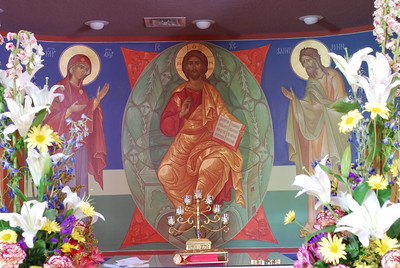 If eternal life were an endless continuation of our present existence – and we grew older and older forever, trapped in our aging bodies – it would be terrifying.  Neither, however, is heaven an endless and boring retirement center, where we have nothing to do – an eternal stay at home order.   As Yannaras points out, if we have enjoyed the blessings of this life, an eternal retirement home of perfect hygiene and with nothing to think about or do, is hardly good news.  Rather, heaven represents a dynamic mode of existence – of eternal growth in love for others and for God.