Most assuredly, I say to you, if anyone keeps My word he shall never see death.” (John 8:51) 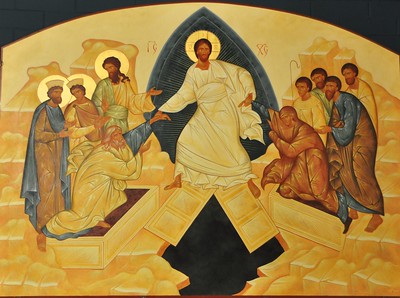 Five years ago this month, I had a lobectomy to remove the largest portion of my right lung because of a cancerous tumor.  That surgery led to the discovery that the cancer had already spread to my lymph nodes.  I went in to surgery thinking I was a stage one cancer patient, but after surgery was declared a stage three cancer patient.  Definitely a move in the wrong direction.  I then began chemotherapy.  I will admit those were among the darkest days of my life.  I certainly thought on many days that death would be a mercy compared to being poisoned weekly by chemo – which brought a host of serious side effects, which required me to be hospitalized weekly to treat the side effects.  Even with Christ’s conquering death by His death and resurrection, and the sting of death being taken away, death still was not considered a friend.  St Paul reminds us death is the last enemy to be destroyed by God.

“First of all, we must take seriously the tragedy of death.  Christian belief does not reconcile us with death but helps us see if for the horror it is.  Jesus weeps at the tomb of Lazarus, and at Gethsemane he is filled  with horror at what awaits him.  contrast this with forms of religion that console us with the idea that ‘death is just a part of life.’  Some part.  We must face the fact that death is as bad as it looks and is not a simple rite of passage.  Death is the loss of everything we have known.  No one who has loved anyone or anything in this life can find the idea of leaving life anything but tragic.” (John Garvey, DEATH AND THE REST OF OUR LIFE, p 80)

Death is part of the tragedy of the world of the Fall.  Death is not a friend, but one who enslaves.  Death represents a separation from God, the source of life.  In Christianity, we celebrate Christ who destroys death.  Jesus dies and resurrect to life.  He does not come back and describe what death is like – some sojourn through a tunnel toward the light.  Christ never talks about what it is like to be dead.  Rather, His resurrection exposes the powerlessness of death in the face of eternity.

“Death is as much of a mystery as life itself – a mystery that neither natural nor divine science is able to explain.  As the Anglican theologian Austin Farrer so rightly said, ‘God does not give us explanations; he gives up a Son.’  The Christian faith is not a theodicy; it provides no final rationale or explanation for death.  At the core of the Christian vision of death lies Scripture’s proclamation of salvation in Jesus Christ.  Death is an evil that is defeated once and for all by the willing sacrifice of the Son of God on the cross and by his glorious  resurrection and ascension to the right hand of the Father.”  (Vigen Guroian, LIFE’S LIVING TOWARD DYING, pp 41) 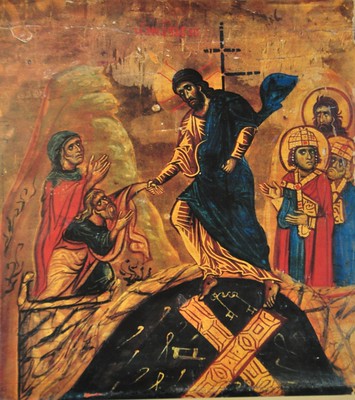 “The Christian vision of death encompasses scientific definitions of death as the terminus of biological life, but it also embraces spiritual and eschatological dimensions of human personhood.  God, not nothingness, is the beginning, ground, and ‘end point’ of all persons.  Thus, contrary to modern perceptions and secular beliefs, human death is not the opposite of immortality.  We come from God and are bound to return to God.  But even if unrepentance obstructs our way back to God, our fate is not nothingness.  God is Lord of both life and death, and death leads either to an unceasing separation from God and from the fellowship of the saints (Luke 16:19-31) or to a union in the company of the Holy Trinity of Father, Son, and Spirit.  Sadly, many modern Christians seem to have lost hold of this vision of death and its place in God’s salvation plan.”   (Vigen Guroian, LIFE’S LIVING TOWARD DYING, pp 48-49)

Because God is the beginning and end of all things, our life is always in God.  From the moment we are conceived we live in God.  When death takes us out of this life, we don’t disappear and become nothing.  We leave the earth, but continue our existence in God.  Death itself cannot separate us from God for Christ has conquered Hades, so even in death we are with Him.  Death is not able to overcome life in God. 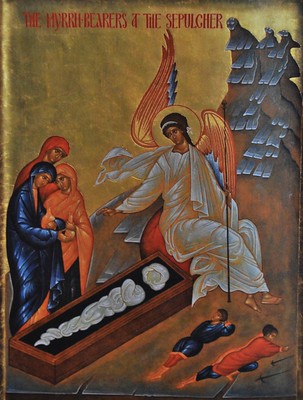 I started this post reminiscing about a medical sojourn which began for me five years ago.  It was a hell for me, and yet Christ was there.  He was my companion throughout my sojourn.  And now I’m considered to be cancer free.  However, death continues to pursue me as it does everyone.  What I know is that death belongs to the created world and has no power over eternal life.  God is Lord even over death.

For I am sure that neither death, nor life, nor angels, nor principalities, nor things present, nor things to come, nor powers, nor height, nor depth, nor anything else in all creation, will be able to separate us from the love of God in Christ Jesus our Lord.  (Romans 8:38-39)