May 25 is Towel Day, a fictitious holiday made up in recent years by the cult fans of author Douglas Adams who wrote a series of comic science fiction books which involve journeys across the entire cosmos with both the most mundane and fantastic creatures THE HITCHHIKER’S GUIDE TO THE GALAXY.  I admit that I enjoyed the series and Adams’ sense of humor.

The cosmic hitchhiker’s theme  is “Don’t Panic.”  No matter what is happening in whatever world you occupy, don’t panic.  That is the catch phrase on the cover of the fictional book, The Hitchhiker’s Guide to the Galaxy.  Good advice for most occasions – keep your head on so you can wisely respond to events. 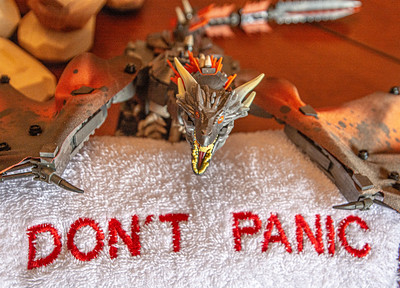 So as we continue to be stressed by the coronavirus, the sagging economy, and a presidential election year.  We will help our hearts and minds cope with events by heeding the advice: Don’t panic!  It may be very hard to do.  The political parties seem intent on widening the political divide because they care more for maintaining their power than for the good of the country or the good of democracy.  Both sides try to turn natural disasters into political fodder to shore up their power and appeal to their base.  Partisans on both sides of the extremes really want a one party system – they would do away with the creative differences which have allowed America to be so inventive, so capable of solving intractable problems because we were able to see issues from different perspectives.  The president is willing to put on a face that guarantees another ugly presidential campaign.  His partisans and opponents seem quite willing to once again go after each other in dehumanizing ways.  None seem willing to admit that “the other side” has valid concerns, perspectives or solutions.  Yet it is this mix and interaction of differing ideas which allows for creative solutions to emerge because they take into account differing perspectives. 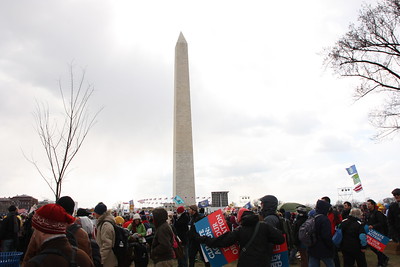 I’m reminded of some words from the Crosby, Stills and Nash song, “For What It’s Worth“, which were sung in a different time yet are applicable today because partisan divide is part of our American history:

What a field day for the heat
A thousand people standing in the street
Singing songs and carrying the signs, oh no
They mostly say “hooray for our side” 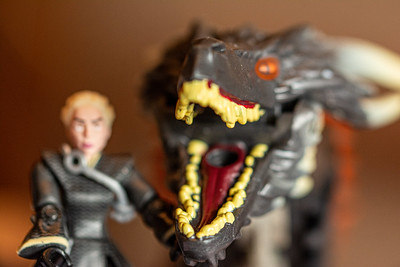 Words we would not hear Christ say: “Me First!”  Nothing godly can come from such an attitude – not on any level of our human existence.

One thought on “Don’t Panic”