When Christianity first emerged in the Roman Empire some 2000 years ago, it was not welcomed by a majority of Jews, even though Christianity claimed to be a fulfillment of the promises and prophecies of God to Israel.  And once the Roman Empire took notice of Christianity, it too sought to ban the nascent religion as dangerous, immoral and seditious. 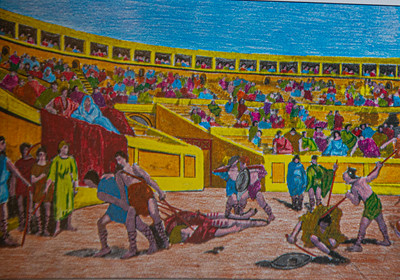 So the Church came into being in a world in which the powers-that-be proved hostile to it.  However, after a few Centuries of being denigrated and persecuted, Christianity overtook the Empire and became the establishment religion and this forced the Christians to rethink what their relationship to power and government was.  [Which is unfortunate as they needed to spend more time considering what it could or should be, not just what it was, but not many ancient Christians thought about being in power].  Early on Christians seemed to assume they would always be in the position of being a minority religion outside the corridors of power.  They believed God’s Kingdom would come before the world had either eliminated Christianity or submitted to it.  So they had no real concern about becoming the political force of the world.  They had no understanding that the emperor could be a Christian and didn’t make plans for what would happen should they come to power.  They did have a number of teachings from Christ that seemed clear enough if the Christians were a minority or a persecuted group in the Empire.  But with the acceptance of Christianity by the Emperor Constantine they now had to wrestle with issues of power and the teachings of Christ. 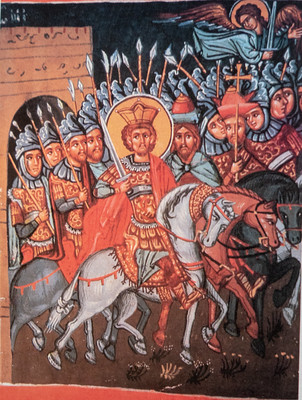 Whether Christianity is a majority or minority religion in a country and regardless of its status as the established religion or not, it still has to come to terms with how to embody or fulfill the teachings of our Lord Jesus Christ who showed no interest in worldly power.  The teachings of Christ remain the same, it is the status of Christians in the world which changes.  When asked by Pontius Pilate if He claimed to be a king . . . 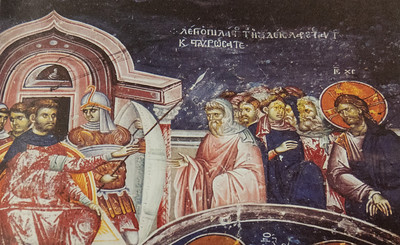 Before Pontius Pilate, Jesus seems willing to accept the title ‘king’ for Himself but clearly views His kingship and Kingdom not to be from or of this world.  He is not a king in the sense that Herod was king or Caesar was emperor.   Christ’s kingdom is not just one of many worldly kingdoms and cannot be compared to the kingdoms of the world because His is a spiritual and divine kingdom not an earthly one.  The implication seems clear – Christ and His followers are not fighting for political power in this world.  He and they are claiming a citizenship in a kingdom somehow different from the kingdoms of the world.  In fact, in Luke’s Gospel we are given the idea that all the kingdoms of this world belong to Satan and thus are not part of God’s Kingdom at all,  indeed cannot be part of God’s Kingdom because they all represent powers and values opposed to heavenly ones.

And the devil took  Jesus up, and showed him all the kingdoms of the world in a moment of time, and said to him, “To you I will give all this authority and their glory; for it has been delivered to me, and I give it to whom I will. If you, then, will worship me, it shall all be yours.” And Jesus answered him, “It is written, ‘You shall worship the Lord your God, and him only shall you serve.'”  (Luke 4:5-8; emphases added) 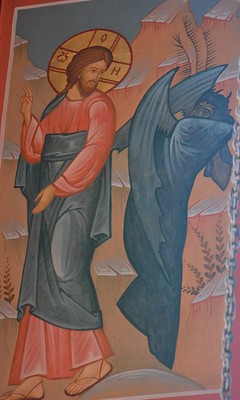 Christ clearly showed Satan that He had no interest in becoming an earthly king (see also John 6:15).  Satan, if he is to be believed, claims to be the lord of all worldly kingdoms – a claim Christ does not dispute.  Jesus does denounce relying on earthly power such as weapons to accomplish His goal.  At His arrest, one of Jesus’ disciples pulled out a sword to defend Christ, but Jesus says to His disciple:

“Put your sword back into its place; for all who take the sword will perish by the sword. Do you think that I cannot appeal to my Father, and he will at once send me more than twelve legions of angels?”  (Matthew 26:52-53)

St Paul seems to have a similar idea in mind when he says of the enemies of the cross of Christ that their minds are focused on earthly things:

Their end is destruction, their god is the belly, and they glory in their shame, with minds set on earthly things. But our commonwealth is in heaven, and from it we await a Savior, the Lord Jesus Christ, who will change our lowly body to be like his glorious body, by the power which enables him even to subject all things to himself.  (Philippians 3:19-21)

St Paul too does not envision an earthly kingdom for Christians, but perhaps dual citizenship – one in the heavenly commonwealth and one in an earthly kingdom.  Nevertheless, we are  not working to establish an earthly kingdom even though we have to live in one of the nations on earth.  We live in the world to be salt and light to the world (Matthew 5:13-16).  We are to have our impact on the world, but our  impact is to draw attention to our heavenly Father, not to claim power over others in the world. 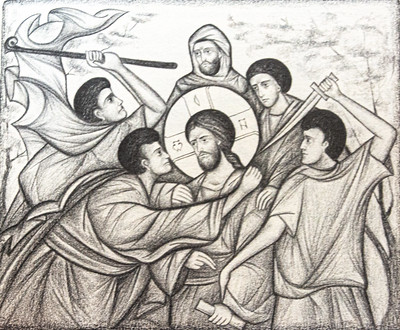 Christ famously draws a distinction between this world and its rulers and God and His Kingdom: 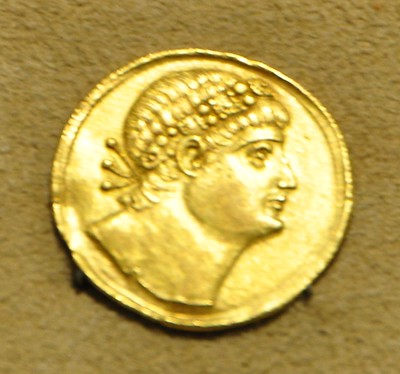 There is a difference between Caesar and God, and what belongs to each!  God and a worldly emperor are not the same thing and one has to know the difference between the two and give to ‘Caesar’ only those things that belong to Caesar.  So if we are to love God with all our soul, heart, mind and strength (Mark 12:30), we are not to love ‘Caesar’ in that same way.  We can only give such total love and loyalty to one or the other.

No servant can serve two masters; for either he will hate the one and love the other, or else he will be loyal to the one and despise the other. You cannot serve God and mammon.”  (Luke 16:13)

Nations and governments may want us to love God and country, but Christians have to beware that Christ tells us it is not possible to serve two masters.  Our loyalties will be in conflict.  This doesn’t mean that the nation/country is always wrong, it is only that we have to prioritize our loves and recognize that at times loving God will put us in conflict with the nation in which we have citizenship.  It does mean that the nation can never be an absolute value – it can only serve a relative role in our lives and must always be subservient to our love of the Gospel.  And we have to recognize that the nation may demand certain obligations or loyalties that we Christians can give only to God.  We do not recognize any nation or worldly empire as an absolute value – only the Lord God is our ultimate value.  Because our citizenship is in heaven, we are sojourners and strangers in our own nation.  As the early Christian document, the Letter to Diognetus has it Christians

…live in their own countries, but only as aliens; they participate in everything as citizens, and endure everything as foreigners. Every foreign country is their fatherland, and every fatherland is foreign.   .  . .  They live on earth, but their citizenship is in heaven. They obey the established laws; indeed in their private lives they transcend the laws. They love everyone, and by everyone they are persecuted. 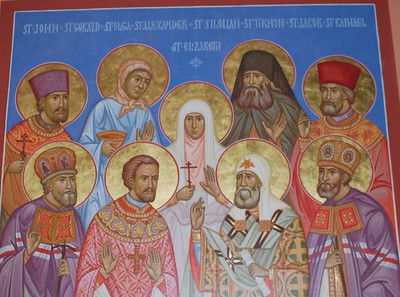 Christians are to be good citizens in the countries they inhabit, but they are to always recognize the absolute value only of God and God’s Kingdom and the relative value of the nation.  As good citizens they can be patriotic, praying for and supporting the government, but they are never to be nationalistic.  Nationalism sets up the state as an absolute value which is in direct conflict with the teachings of Christ.

But if Christian live in a world which is hostile and threatening to them, do they have any right to self-defense or to arming themselves to pre-empt or prevent attacks or war?  Here we get into what certainly is the difficult part of being a disciple of Christ who says His kingship is not of this world.  Towards the end of His life, according to Luke 22:36-38, as He knows His arrest and crucifixion are imminent, Jesus says to His disciples:

“But now, let him who has a purse take it, and likewise a bag. And let him who has no sword sell his mantle and buy one. For I tell you that this scripture must be fulfilled in me, ‘And he was reckoned with transgressors’; for what is written about me has its fulfilment.”

It seems as if Jesus may be giving some tacit approval to the disciples taking up arms,  Yet, when they bring only two swords to Jesus, He tells them the two are enough – no more than two swords are needed. 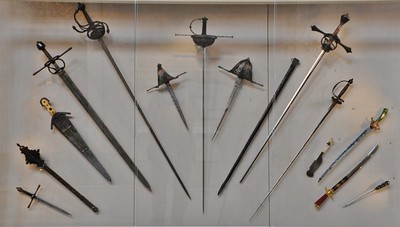 Forget about guns, arms and modern weaponry.  Jesus spoke clearly that His disciples were to love neighbors, strangers and even enemies.  The values of the Kingdom of Heaven are to be present in our lives on earth.  No longer are we to live by the values of a nation or a ‘Caesar’ – weapons, armies, power, war.  We are to live such that we do God’s will on earth as it is done in heaven.  We are to govern our lives by the love with which Christ loves us (John 13:34-35).   We might remember also what St James writes: “Do you not know that friendship with the world is enmity with God? Whoever therefore wants to be a friend of the world makes himself an enemy of God” (James 4:4).

Thus those who blend together Christianity and nationalism are denying Christ and the Gospel.   We Christians are not trying to escape the earth and save our souls.  Rather we are trying to establish the Kingdom of Heaven in our hearts while we still live on earth.  We are in the world but not of it.  We have to figure out how to live the values of the Kingdom while still in this world to which we do not belong.  We are to be lights to the world – we Christians are to reveal the Gospel to the world, to reveal Christ, to reveal God love, to reveal God’s kingdom to rest of the world. 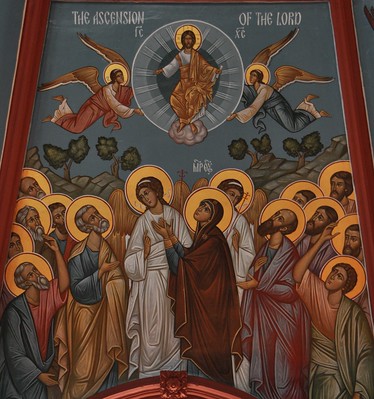 4 thoughts on “Nationalism is Not Christian”