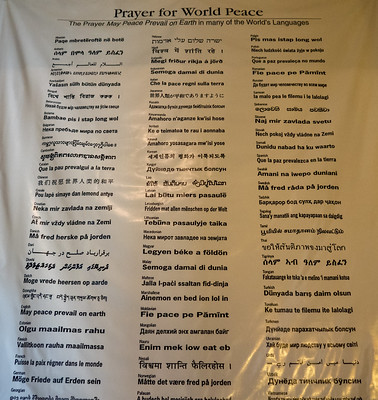 “Now the whole earth had one language and few words.  And as men migrated from the east, they found a plain in the land of Shinar and settled there.  And they said to one another, “Come, let us make bricks, and burn them thoroughly.” And they had brick for stone, and bitumen for mortar.  Then they said, “Come, let us build ourselves a city, and a tower with its top in the heavens, and let us make a name for ourselves, lest we be scattered abroad upon the face of the whole earth.”  (Genesis 11:1-4)

“a tower with its top in the heavens”         The heavens to this point in Genesis generally means the sky which is envisioned as some form of solid ceiling which stretches above the earth.   In the first chapters of Genesis, heaven has not been described as the place where God dwells – the heavens are part of what God created in the beginning (Genesis 1:1) so they belong to the physical creation not properly as the “place” where God resides.  [Besides, some ancient and modern biblical scholars assumed ‘Paradise’ is the place God created to reside in and live with the human creatures.]   The heavens might suggest the dividing wall which separates the created cosmos from the dwelling place of God.   What exactly the human builders thought they could reach is not clear, but perhaps they wanted to attain the vaulted ceiling above them.  God’s reaction seems to indicate that humanity’s place is on earth, not in the heavens and so the Lord is determined to prevent the humans from realizing their plan.  God has to this point in Genesis not said that humans are to “go to” heaven, even if they are righteous, or even after death.  God had made a very orderly universe with separate realms for the appropriate beings – the earth for humans and mammals, the sky for the birds, the sea for the fish, heaven for His angels and Himself.  The building of the tower seems to suggest to God that humans do not wish to respect His order, nor His realm.  The crossing from one realm to another implies the greatest of chaos and threatens the order of the universe.  One need only think of the parable of Lazarus and the rich man in which Father Abraham explains to the rich man why those in heaven can’t help those in Hades: “And besides all this, between us and you a great chasm has been fixed, in order that those who would pass from here to you may not be able, and none may cross from there to us”  (Luke 16:26).  There is an appropriate place for everything under heaven to paraphrase Ecclesiastes 3.

“Come… let us make a name for ourselves…”        The Church has tended to see the residents of Babel as being sinfully arrogant, and in the hymns of Pentecost contrasts the confusion of tongues at Babel with the giving of tongues of fire at Pentecost which enabled the disciples to begin preaching to all nations. “The arrogance of those building the tower caused the languages to be confused of old; but now the tongues are gloriously enlightened by the knowledge of God.  There God punished the infidels for their sin; but here Christ enlightens the fishermen with His Spirit!  There the confusion of tongues was done in vengeance; here they are joined in unison for the salvation of our souls!”  (From Matins on Monday of the Holy Spirit).  The Holy Spirit’s tongues of fire overcome the polyglot division which has divided humanity since the time of the tower at Babel.  There is a time and a good reason for humans to be able to communicate in a common tongue – when it is time to proclaim the Gospel.  But the story of Babel also gives us some hint as to why the tragic divisions between humans in the world.  There are the divisions which having a multitude of human languages has caused and maintained between peoples.  But even in America where English is a common language, we see the polarity and divisiveness in politics, where people cannot talk to each other even when using the same language.  The alienating and discordant effects of Babel run deep in human history.

“…make a name for ourselves…”   Were these men thinking about making themselves immortal?   Humans have long aspired for immortality.   Did these men imagine by reaching heaven in a tower they could claim immortality for themselves – a lasting name?  If so they have failed to understand the very role sin has played in bringing death into human existence.  It is not physically reaching heaven that can give them immortality.  Eternal life is related to holiness and requires an entirely different pursuit on the part of humans than building towers and demonstrating human prowess.  Eternal life (i.e., heaven) can only be attained at the gracious invitation of God and through union with God’s Son, Jesus Christ. 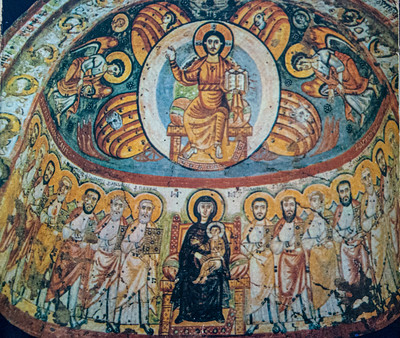 “… lest we be scattered abroad upon the face of the whole earth.”     Ironically, the very rationale the men of Shinar use for building the tower becomes the result of their efforts.  Why was being scattered abroad such a serious threat?  Whom did they feel threatened by?  Why did they believe they might be scattered?  The story doesn’t explain their fears, but it sets in motion the events that lead to them being separated not only geographically but also linguistically which will further separate humans philosophically, ideologically and politically.

And keep in mind, the builders at Babel who so upset God are all descendants of Noah and his sons.  They experienced God’s salvation, but already their descendants have lost interest in God’s will and way and they all are determined to do their own thing with no reference to God. 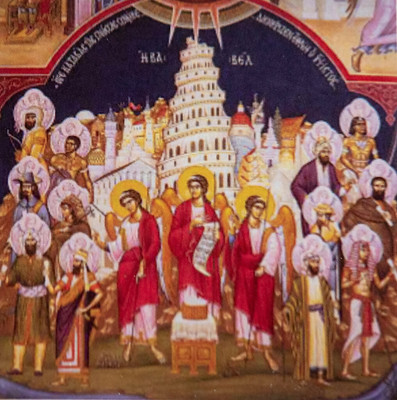 “lest we be scattered abroad upon the face of the whole earth.”      One more indication that perhaps more than one hand wrote Genesis, in Genesis 10:32 the story says, from Noah’s sons and descendants “the nations spread abroad on the earth after the flood.”   Chapter 10 envisions humanity spreading naturally across the face of the earth as the population grows.   In Genesis 11:4, on the other hand, the humans view any spreading of the population as a threat to humanity – something humanity wants to avoid for it means they will be scattered and divided.   No matter what the humans thought they could avoid, happens anyway, since it was the will of God.