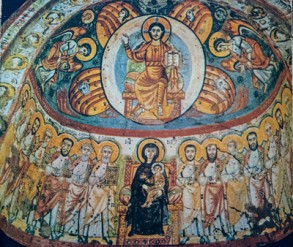 Jesus Christ… whom heaven must receive until the times of restoration of all things, which God has spoken by the mouth of all His holy prophets since the world began.  (Acts 3:20-21; emphasis added)

What the Acts of the Apostles calls the ‘restoration of all things’, St Paul refers to as a ‘new creation’.  “Therefore, if anyone is in Christ, he is a new creation. The old has passed away; behold, the new has come” (2 Corinthians 5:17; emphasis added).   Reflecting on the idea of a new creation, theoretical physicist and Anglican priest John Polkinghorne writes:

“The old creation has its own fruitfulness and brings about its own possibilities. Yet it must be delivered from the frustration of its impending mortality, just as Jesus was delivered from the bonds of death by his resurrection. In each case a great act of God is called for, but an act which must be the fitting fulfillment of what has gone before, not its arbitrary abolition. Just as the cross and the resurrection are part of the one drama of the incarnation, so the old and new creation must be part of the one drama of God’s purpose for his creatures.”    (The Faith of a Physicist, p 169)

Polkinghorne argues that just as God’s act of salvation is the continuation of His act of creation, so too the resurrection is the continuation of the incarnation, and the new creation to be inaugurated by God will not be the abrupt discontinuation of creation (this world) but rather will be the continuation of it in a new way.  God is not going to create heaven and paradise out of nothing, rather He is going to transfigure and transform what He has already called into existence.  God proclaims His revelation: “Behold, I make all things new” (Revelation 21:5).  God makes all things new rather than making all new things. Thus, the Church, the sacramental Mysteries as well as any miracle are not the discontinuance of God’s creation, but rather the  experience of what God in fact is continually working through His creation, our world and us. But Jesus answered them, “My Father is working still, and I am working” (John 5:17).  The continual creative activity of God is visible in our daily lives:  When you send forth your spirit, they are created; and you renew the face of the ground.  May the glory of the LORD endure forever; may the LORD rejoice in his works…” (Psalm 104:30-31). 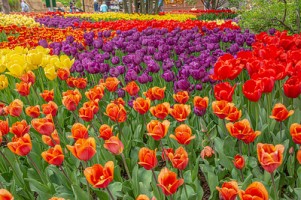 “Abba Mios was asked by a soldier whether God accepted repentance.  After he had instructed him in many words the elder said to him: ‘Tell me, dear one, if your mantle is torn, do you throw it out?’  ‘No,’ he said; ‘I sew it up and use it.’  The elder said to him: ‘So if you are sparing of your own clothing, will not God be sparing of his own creation?”   (GIVE ME A WORD, p207)