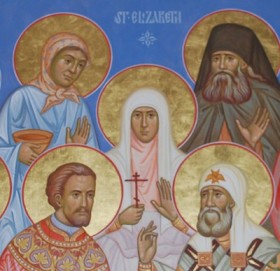 But the souls of the righteous are in the hand of God, and no torment will ever touch them. In the eyes of the foolish they seemed to have died, and their departure was thought to be affliction, and their going from us to be their destruction; but they are at peace. For though in the sight of men they were punished, their hope is full of immortality. Having been disciplined a little, they will receive great good, because God tested them and found them worthy of himself; like gold in the furnace he tried them, and like a sacrificial burnt offering he accepted them. In the time of their visitation they will shine forth, and will run like sparks through the stubble. They will govern nations and rule over peoples, and the Lord will reign over them for ever. Those who trust in him will understand truth, and the faithful will abide with him in love, because grace and mercy are upon his elect, and he watches over his holy ones. (Wisdom of Solomon 3:1-9) 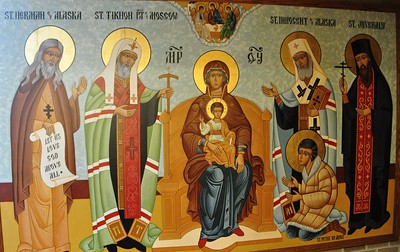 Opponents of Christianity have sometimes viewed the death of Christian saints as a sign that they were not protected or favored by God.  Inflicting suffering and martyrdom on the Christians was thought to be a victory over Christianity, just as crucifying Christ was thought to put a permanent end to Him.  However, the Wisdom of Solomon text above addresses the issue of how things viewed only from a human point of view appear quite differently in God’s eyes.  Those who die in Christ are alive in God’s Kingdom. If we live, we live to the Lord, and if we die, we die to the Lord; so then, whether we live or whether we die, we are the Lord’s (Romans 14:8).  Christians are not defeated by martyrdom but translated from death to life.

In a text most likely written by a 4th Century Syrian monk, we find these comments about the saints:

Concerning the glory of the Christians which their bodies in the resurrection will be deemed worthy to receive and how the bodies will be made radiant along with the soul.

Just as the bodily eyes see all things distinctly, so also to the souls of the saints the beauties of the Godhead are manifested and seen. Christians are absorbed in contemplating them and they ponder over them. But to bodily eyes that glory is hidden, while to the believing soul it is distinctly revealed. This is the dead soul the Lord raises to life out of sin, just as he also raises up dead bodies as he prepares for the soul a new heaven and a new earth (Rev 21:1, Is 65:127) and a sun of righteousness, giving the soul all things out of his Godhead.  (Pseudo-Macarius, THE FIFTY SPIRITUAL HOMILIES, p 203A) 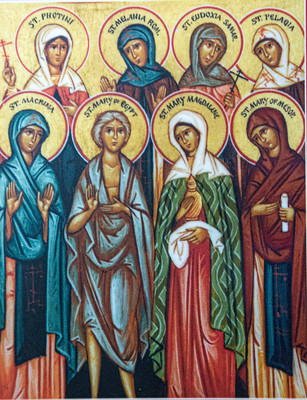 According to this spiritual writing, the saints are those who see not only with their physical eyes but more significantly with the eyes of their soul.  They see all around them the spiritual realities that most people cannot see because they only use their physical eyes.  So the saints are not so much ones we can see, as they are those who themselves see the hidden mysteries of the spiritual world and of God.  Their lives are governed by the new vision given to them in Christ.  They are the ones who see reality, the world as it really is – a creation of God which reveals God to us.

“Blessed are the pure in heart, for they shall see God” (Matthew 5:8).