I have felt for some time that the Orthodox Church has had an insular attitude when it comes to engaging science, the scientific worldview, scientific materialism or scientism.  Orthodoxy likes to keep its mind in the past, revel in ancient theological decisions, and today mostly to repeat what the Fathers said about the issues they faced in the 4th-15th Centuries.  There have been a few modern Orthodox writers who have engaged scientific thinking, sometimes brilliantly.  Sadly, these days Orthodox writers bring to the 21st Century a closed mind, writing only about past triumphs of Orthodoxy or suggesting that all possible challenges to theology were dealt with in the Patristic period and now there is nothing to do but repeat old arguments as if this can prevent us from having to face the 21st Century.  Additionally, some Orthodox have become so reactionary toward the modern world that they seem to be afraid of any current questions and prefer to frolic in past glories rather than face current realities.  Years ago, a friend of mine quipped that the Orthodox Church had become the Church for everyone who was afraid of the 20th Century.  Well, time moved on and we are in the 21st Century in a Church that is still afraid of the 20th Century.  We only need to take courage in Christ’s statement: “My Father is working still, and I am working” (John 5:17).  God has not abandoned us in the 20th or 21st Centuries [I will note that according to the Evangelist John the people of that century wanted to kill Jesus for those words.]   I think Christ might rebuke us as He did His disciples in the boat being swamped by the storm: “Why are you so afraid, you of little faith?”  (Matthew 8:23-27)

For me, what is impressive about some of the Patristic writers is that they actively engaged the science of their day (which means they engaged pagan philosophy and natural science).  They found in philosophy and natural science ideas they could support, some science they accepted as true because it was culturally predominant in their day, and some more mythical ideas which they dismissed.  The Fathers assumed the Bible had a better grasp on reality (science) then did pagan superstitions and myths.  They worked very hard to overcome the ideas of paganism regarding creation and idols and the dualism which was at the heart of paganism and philosophy.  Fr John Meyendorff, brilliant Orthodox historian, said that if we are to be truly traditionalist, we must not just repeat the sayings of the Fathers, but must engage our culture as they engaged theirs:

… for us to be ‘traditional’ implies an imitation of the Fathers in their creative work of discernment.  Like them we must be dedicated to the task of saving the human beings from error, and not just maintaining abstract propositional truths.  We must imitate their constant effort to understand their contemporaries and to use words and concepts which could truly reach the minds of their listeners.  (LIVING TRADITION, pp 7-8)

The Fathers when at their best laboriously developed  a great synthesis between Scripture and Christian theology, on the one hand, and natural science and philosophy on the other.   They accepted the science of their day (which they both knew and quoted), and freely borrowed from natural science when it supported their arguments, and rejected ideas that they felt were unbecoming of God and reason.  We see this especially  in the ways in which Neoplatonic ideas were incorporated into Christian theology.  This wasn’t merely a Hellenization of Christianity, it was a needed synthesis to convince the educated people of their day that Christianity was equal to or superior to pagan philosophy – it was an important part of their evangelism effort that conquered the Roman Empire. 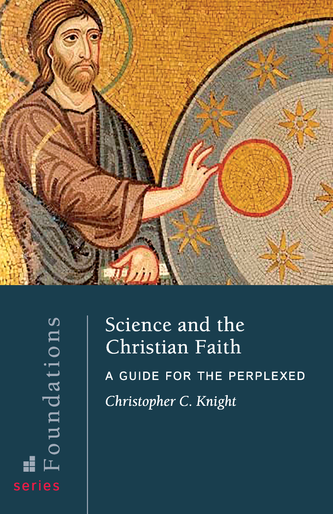 Christopher C. Knight is the most recent Orthodox and scientist to consider the discussion between faith and reason, science and religion in his book, Science and the Christian Faith: A Guide for the Perplexed.  I give him high marks for his effort to engage the topic.  He offers some standard Orthodox arguments as well as endeavoring to create a particularly Orthodox approach to modern science.  He himself lives in both worlds (as a scientist and an Orthodox believer), so has familiarity with the issues.  He does come across in a few points of being infected with Orthodox triumphalism – all of the problems between science and religion are the result of ‘Western’ theology, Orthodoxy has a unique approach to all issues and so avoids the pitfalls of Western theology, Orthodoxy has a better relationship with science than the West because the Orthodox did not live in countries involved in the enlightenment and so wasn’t drug into these issues.  In general, I find those arguments unconvincing, as there is little literature showing Orthodoxy brilliantly engaging science or scientists embracing Orthodox as not having all the problems of Western theology.    One thing which is possible, which Knight acknowledges in his book, and that is Christianity in America is far more fundamentalist/literalist than is European Christianity and so is more anti-science and anti-intellectual than is European Christianity.  This turns out to be true about Orthodoxy in America as well which has a number of Protestant converts to it who have drug Orthodoxy in the direction of American Christian fundamentalism and biblical literalism.  So it may be true that Knight’s experience of the relationship between science and Orthodoxy is more positive than it might be here in America.

It seems to me that the reality of Orthodox history is the Eastern Fathers became ever more focused on the spiritual and ever less concerned about the empirical world.  So it is not really the case that the Eastern Fathers had a better understanding of or relationship to science than their Western counterparts.  Rather, they simply became less and less interested in anything they deemed to be worldly.  This is why science as such develops much more in the West than in the East.  And it explains why the Orthodox took little interest in the developments of science after the 18th Century European Enlightenment.

In this blog series, I intend to look at Knight’s book, exploring some of his thoughts and what it might say for Orthodox believers wanting to engage scientific thinking rather than dismissing science as dangerous or anti-Christian.  We need someone(s) to do what the Patristic writers did – create a new synthesis between Orthodoxy and the truths that science has discovered.  Some Orthodox may be uncomfortable with this, especially if they believe the Patristic writers had the last word on every question that could be raised.  But I think, Orthodoxy should approach the issue with faith in the truth, and recognize that the great synthesis which the Patristic writers achieved gives us a basis for actively engaging science today.  What may prove to be the biggest hurdle is that some parts of the synthesis which the Patristic writers achieved with the natural science of their day, may have to be abandoned today as modern science itself has disproven and rejected some significant aspects of ancient natural science and philosophy.  More on that in posts to come.

5 thoughts on “Science and Orthodoxy: A Perplexing Issue ”