Origen, writing in the 3rd Century, fleshes out a bit what it means to hear and do what Christ says like the prudent person in His parable:

“Now, that it is our doing to live in a good manner, and that God asks this of us, not as something coming about from him nor any other, nor, as some think, from fate, but as our own work, the Prophet Micah will bear witness, saying, Has it been told to you, O human being, what is good, or what the Lord seeks from you, but to do judgment and to love mercy and to be ready to walk with the Lord your God? Moses also, I have set before your face the way of life and the way of death; choose what is good and walk in it. Isaiah too, If you are willing and listen to me, you shall eat the good things of the land; but if you are not willing to listen to me, the sword will consume you; for the mouth of the Lord has spoken these things. And in the Psalms, If my people had heard me, and Israel had walked in my ways, I would have humbled their enemies to nothing and laid my hand upon those that afflict them, as being in the power of the people to hear and to walk in the ways of God. 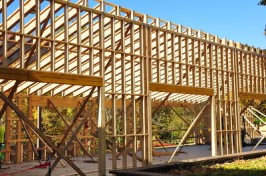 The Savior also, saying, But I say to you, resist not one who is evil, and, Whoever shall be angry with his brother shall be liable to judgment, and, Whoever shall look at a woman to lust after her, he has already committed adultery in his heart, and if he gives any other commandment he says that it is within our power to keep what is enjoined and that we shall reasonably be liable to judgment for transgressing them. And hence he says, Everyone who hears these words my words and does them is like a wise man, who built his house upon a rock, and so on, while he who hears and does not do them is like a foolish man who built his house upon the sand, and the rest. And when he says to those at his right hand, ‘Come unto me, you blessed of my Father’, and the rest, ‘for I was hungry and you gave me to eat; I was thirsty, and you gave me to drink’, it is exceedingly clear that he gives the promises as to those who are worthy of being praised, and, on the contrary, to the others as being blameworthy compared to the former, he says, Depart, you cursed, unto everlasting fire.’” (ON FIRST PRINCIPLES, pp 152-153)

In the Gospel lesson quoted above, Christ speaks about the prudent person building their house upon THE rock, not just a rock or any rock, but a particular one, THE rock. That reminds us of St Paul’s words, “For Israel drank from the supernatural Rock which followed them, and the Rock was Christ” (1 Corinthians 10:4) The Rock we are to build upon is Christ, there is no other foundation. Again, St Paul writes:

According to the grace of God given to me, like a skilled master builder I laid a foundation, and another man is building upon it. Let each man take care how he builds upon it. For no other foundation can any one lay than that which is laid, which is Jesus Christ. Now if any one builds on the foundation with gold, silver, precious stones, wood, hay, straw— each man’s work will become manifest; for the Day will disclose it, because it will be revealed with fire, and the fire will test what sort of work each one has done. If the work which any man has built on the foundation survives, he will receive a reward. If any man’s work is burned up, he will suffer loss, though he himself will be saved, but only as through fire.(1 Corinthians 3:10-15)