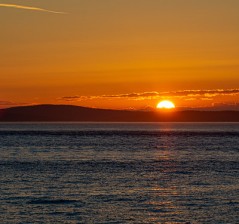 Be angry, and do not sin: do not let the sun go down on your wrath, nor give place to the devil.  . . .  Let all bitterness, wrath, anger, clamor, and evil speaking be put away from you, with all malice. And be kind to one another, tenderhearted, forgiving one another, even as God in Christ forgave you.  (Ephesians 4:26, 31-32)

Biblical scholar Dale Allison comments on the vice of anger which he notes is viewed very negatively in the New Testament which sees few circumstances which justify our anger.

It is also telling that early Christian tradition does, apart from Matthew 5:21-26, contain blanket prohibitions of anger. If Ephesians 4:26 (‘Be angry, but do not sin‘) is a concession to anger, Colossians 3:8 condemns the passion without qualification: ‘You must get rid of all such things—anger, wrath, malice, slander, and abusive language from your mouth.‘ This imperative, which reads like a summary of Matthew’s text, says nothing about a justified anger or wrath. Even Ephesians itself at one point demands this: ‘Put away from you all bitterness and wrath and anger and wrangling and slander, together with all malice‘ (4: 31). There is here no qualification. Similarly, the author of 1 Timothy 2:8 writes of his desire ‘that in every place the men should pray, lifting up holy hands without anger or argument.‘ James 1:20 declares that ‘your anger does not produce God’s righteousness.‘ Ignatius, in his letter to the Philadelphians, says that ‘where there is division and anger, there God does not abide.’ In line with all this, if in the Hebrew Bible it is Moses and Jeremiah, two great worthies, who become enraged, in the New Testament it is Herod the Great (Matthew 2:16), Jesus’ adversaries (Luke 4:28; John 7:23), Paul’s opponents (Acts 19:28), ungodly nations (Revelation 11:18), and the devil (Revelation 12:12) who express anger.  (THE SERMON ON THE MOUNT, pp 66-67) 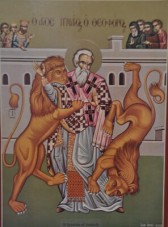 While the New Testament rejects anger as a damnable sin, Allison also thinks that Christians are not being told to repress their anger but rather to rechannel that energy into something positive rather than destructive. That includes apologizing to others and seeking their forgiveness in order to restore a relationship even temporarily broken by an outburst of anger. We are to learn to control our anger or repent if we don’t – thus acknowledging that our anger was wrong and out of line. There is an old popular wisdom which says: “Keep your anger to yourself as nobody else wants it.” 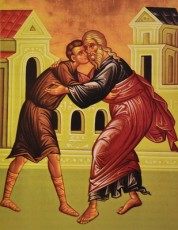 Matthew 5:23-24 (leaving the gift at the altar) and 25-26 (making friends on the way to court) are both illustrations of the self-discipline of reconciliation, which is the antidote to anger. That is, the things that are condemned in 5:22 –anger and insults—are in 5:23-26 overcome by the offender making peace with the offended. So what the Sermon on the Mount here envisions is not isolated individuals seeking to subdue their passions but disciples going about the often awkward task of trying to right perceived wrongs. Perhaps in this the Sermon is wisely committing us to the mean between repression and expression, between ignoring our anger and venting it. Matthew 5:21-26, which assumes that anger does not have power over us unless we consent, tells us that anger is not to be hidden or disregarded. Nor should we foolishly act upon its impulses. Anger should instead be dealt with – by becoming the opportunity for repairing broken relationships. It is when rapport and harmony are established with the objects of anger that anger disappears.  (THE SERMON ON THE MOUNT, p 70)

Anger might motivate us to right wrongs that we see. Anger might at times get the attention of those around us who need to take note that something needs to change. Jesus got angry in the temple, overturning tables. There are things that should make us feel angry, but then not to lose control and become destructive ourselves. Feel the anger, but then control it rather than let it master you and your actions. Feel it, but then think what is the right thing to do rather than plunging ahead in a rage which is sinful.