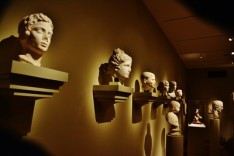 Give no offense, either to the Jews or to the Greeks or to the church of God, just as I also please all men in all things, not seeking my own profit, but the profit of many, that they may be saved. (1 Corinthians 10:32-33)

St Paul argues that when it comes to evangelism, Christians must be ‘bilingual’, able to speak in a way that our hearers can understand us. We must be familiar with their customs, worldview, how they think, and what is important to them in order to convey the Gospel to them. Evangelism is not about ‘me’ or what pleases me but is about the good and salvation of the people to whom I am witnessing. Those to whom I am witnessing are not obliged to learn my culture and language, but I am obliged to learn theirs in order to be able to translate the Gospel into the words they can comprehend and respond to.  This is something Orthodoxy in the New World has not always done, as they sometimes have expected seekers to embrace their ethnic customs, ideas and language, rather than translating the faith into the language and terminology of the places they have moved into. 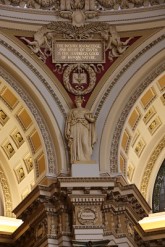 St Clement of Alexandria (d. ca. 215AD) accepted St Paul’s wisdom regarding evangelism, as he thought about evangelizing among ‘the Greeks’ who were immersed in Hellenistic philosophy. He recognized that the Greeks had a wisdom and intellectual tradition of which they were quite proud and to evangelize them, one had to really know their tradition, or they would not even listen to the Gospel which they often thought of as an inferior philosophy to their pagan tradition. To be clear, Clement is talking about being ‘bilingual’ but not only in the sense of being a polyglot.  Like St Paul, he realizes even when you speak a common language, you still have to know the traditions and ideas which shape those you wish to evangelize.

Being ‘bilingual’, evangelically speaking, means more than just knowing a second language, it means being immersed in another philosophical or spiritual culture so that one can convey the fullness of the Truth to the people of that culture. Clement writes: 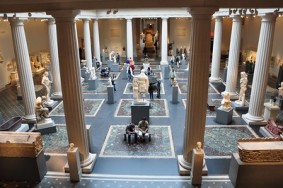 Clement knew that the Greeks appreciated a good rhetorician and often judged a philosophy by the people who were teaching it. To succeed in evangelizing them, one had to be very familiar with the philosophies they embraced, and one had to be a better teacher (speaker, debater, rhetorician) than the ones representing the various Greek philosophies. 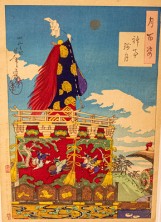 Evangelism thus is not simply talking at people about the points you want to make as many street preachers seem to think. It is knowing the people to whom you are speaking – knowing their intellectual traditions and being able to explain the Gospel in terms familiar to them while showing them the superiority of the Gospel as a way of seeing the world over other philosophies. If one can find nuggets of truth within these philosophies, one can use them to help edify the people by showing them how their philosophy is only a partial truth, but the full revelation is found in Jesus Christ.

One thought on “The Art of Evangelism”