“Do you not know that in a race all the runners compete, but only one receives the prize? So run that you may obtain it. Every athlete exercises self-control in all things. They do it to receive a perishable wreath, but we an imperishable. Well, I do not run aimlessly, I do not box as one beating the air; but I pommel my body and subdue it, lest after preaching to others I myself should be disqualified.”   (1 Corinthians 9:24-27)

St. John Chrysostom at one point describes our spiritual lives as Christians as being like the battles in the Olympic arena with countless spectators watching with excitement the unfolding fight.  The spectators in his metaphor include both fellow Christians and the angels.  Jesus Christ presides over the contest, sitting in the judgment seat.  He, however, is not there to judge us nor is He just an impartial observer, but rather is there to help us in our contest.  It is Christ Himself who through baptism and chrismation prepared us for this battle.  And in so preparing us, Christ has shackled our opponent, Satan, so that the advantage is ours.  His comments are completely apropos the beginning of Great Lent. 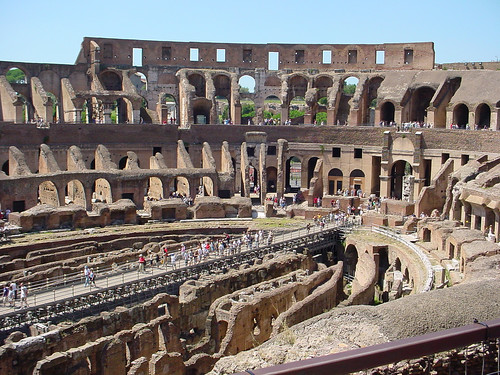 “Up to now you have been in a school for training and exercise; there falls were forgiven. But from today on, the arena stands open, the contest is as hand, the spectators have taken their seats. Not only are men watching the combats but the host of angels as well, as St. Paul cries out in his letter to the Corinthians: We have been made a spectacle to the world and to angels and to men. And whereas the angels are spectators, the Lord of angels presides over the contest as judge. This is not only an honor for us, but assures our safety. Is it not an honor and assurance for us when He who is judge of the contest is the one who laid down His life for us? 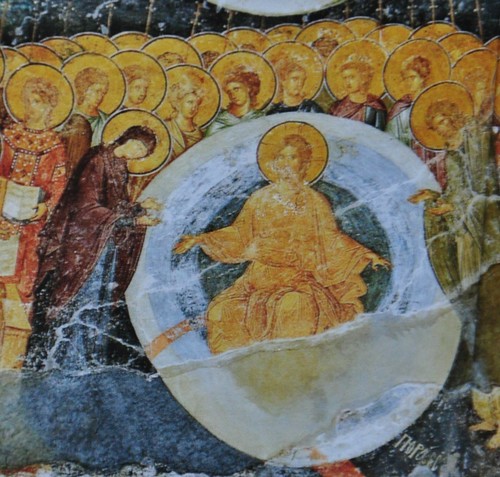 In the Olympic combats the judge stands impartially aloof from the combatants, favoring neither the one nor the other, but awaiting the outcome. He stands in the middle because his judgement is impartial. But in our combat with the devil, Christ does not stand aloof but is wholly on our side. How true it is that Christ does not stand aloof but is entirely on our side you may see from this: He anointed us as we went into combat, but he fettered the devil; He anointed us with the oil of gladness, but He bound the devil with fetters that cannot be broken to keep him shackled hand and foot for the combat. But if I happen to slip, He stretches out His hand, lifts me up from my fall, and sets me on my feet again. For the Gospel says: You tread upon serpents and scorpions, and over all the power of the enemy. (Baptismal Instructions, p. 58) 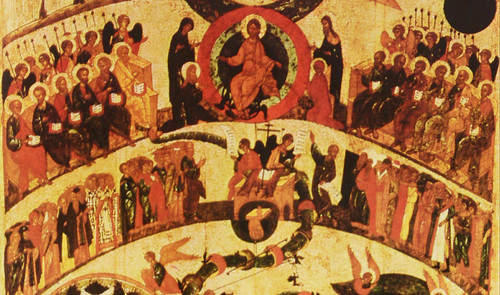 “Therefore, since we are surrounded by so great a cloud of witnesses, let us also lay aside every weight, and sin which clings so closely, and let us run with perseverance the race that is set before us, looking to Jesus the pioneer and perfecter of our faith, who for the joy that was set before him endured the cross, despising the shame, and is seated at the right hand of the throne of God.”  (Hebrews 12:1-2)