The first Sunday in Great Lent also commemorates the acceptance by the Church of icons as theologically essential for proclaiming the incarnation of God in Jesus Christ.  There was a very long dispute about the use of icons that lasted more than a century, but eventually the Church declared icons were Orthodox and should be in churches and venerated by the faithful. 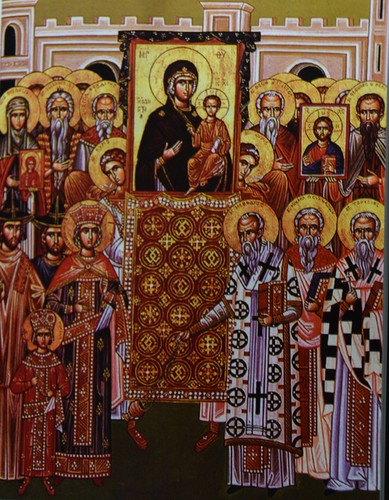 “The doctrinal significance of icons. Here we come to the real heart of the Iconoclast  [those who rejected the use of icons] dispute. Granted that icons are not idols; granted that they are useful for instruction; but are they not only permissible but necessary? Is it essential to have icons? The Iconodules [those who accepted icons as Orthodox] held that it is, because icons safeguard a full and proper doctrine of the Incarnation. Iconoclasts and Iconodules agreed that God cannot be represented in His eternal nature: ‘no one has seen God at any time’ (John i, 18). But, the Iconodules continued, the Incarnation has made a representational religious art possible: God can be depicted because He became human and took flesh. Material images, argued John of Damascus, can be made of Him who took a material body:

Of old God the incorporeal and uncircumscribed was not depicted at all. But now that God has appeared in the flesh and lived among humans, I make an image of the God who can be seen. I do not worship matter but I worship the Creator of matter, who for my sake became material and deigned to dwell in matter, who for my sake effected my salvation. I will not cease from worshiping the matter through which my salvation has been effected. 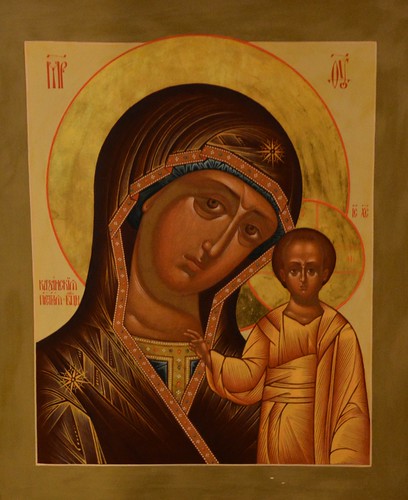 The Iconoclasts, by repudiating all representations of God, failed to take full account of the Incarnation. They fell, as so many puritans have done, into a kind of dualism. Regarding matter as a defilement, they wanted a religion freed from all contact with what is material; for they thought that what is spiritual must be non-material. But this is to betray the Incarnation, by allowing no place to Christ’s humanity to His body; it is to forget that our body as well as our soul must be saved and transfigured. The Iconoclast controversy is thus closely linked to the disputes about Christ’s person. It was not merely a controversy about religious art, but about the Incarnation, about human salvation, about the salvation of the entire material cosmos.”  (The Orthodox Church, pp. 31-32)